Kirk Israel's commonplace and blog. Quotes and links daily since 2001.

I'm badly needing a new pair of jeans, I'm down to like one pair and one junk pair. Melissa encourages me to avoid bagginess of the butt (now that it's clear I've inherited the "Scheinfeldt No-Ass") but... I dunno. I'm not sure I dig the feel of the stretchier stuff that seems to be the trend, but also I don't want to feel constrained.

And I know dudes have it better than gals, clothing and judgemental society wise, but...what IS it with Levi's and putting Waist/Length sizes on the back tag? That is so weirdly invasive for anyone who wants to be taller or less wide. And the fact the numbers tend to be in the same range just invites weird comparison. Google Cat, Touch Paw Icon, Click Anywhere, You're Welcome.

playlist
February 7, 2023
Hark! Starting with a rare 5-star.
I Listened
Apes of the State This song resonates for me on a few levels - the defence after being accused of not listening, the sense of dumb but self-aware feminine longing....
Angel in Flip-Flops
Steve Martin & Only Murders in the Building – Cast Funnyish song... its onomatopoeia for flip-flops ('pitta putta' is catchy)
★
★
★
★
Obsessed
Addison Rae "You say you're obsessed with me / So I took a second and I said me too / I'm obsessed with me as much as you"
The Slow Drug
PJ Harvey Bad Liar
Selena Gomez This mode of music is very catchy.
★
★
★
★Swingin' The Alphabet
The Three Stooges Ripped from the youtube - merry nonsense pitterpatter song, makes me think of my Papa Sam, from traditional watch stooges on NYE.
Re: Your Brains
Jonathan Coulton Novelty song about zombies. Funnier in theory than practice.
★
★
★
★Amazing Grace
Judy Collins I'm a secular person but this song is transcendent. If you squint really hard you can make a poetic, non-supernatural interpretation.
Imperfectly
Ani DiFranco Melissa reminded me of this song, and its mood of being scared of the other person's reaction.
Beat Goes On (Rhythm to the Brain)
Campbell Goofy fun clubby sound
Sah Sah
Nancy Ajram & Marshmello Saw this on a Tik Tok about "when you tell your arab mom you're craving hamburgers" (and the bit of food-porn that results)
Tetris
Flap! Arun got pointed me to this group, kind of a Squirrel Nut Zippers energy, and love this take on "Tetris" (Korobeiniki) - with lyrics about the game. And a tuba.
Pump It Up (2021 Remaster)
Elvis Costello & The Attractions My friend Carrie mentions if you want this bassline played at about 2/3 to 3/4 speed, she's your woman.
★
★
★
★Enjoy Yourself
Flap! Always love the vibe of "Enjoy Yourself / It's Later Than You Think" (Thanks Arun)
Hi Ren
Ren Singer personifying and singing with his mental illness
★
★
★
★Beastie Boys Tribute
Paul Meany / Beastie Boys I think cmg posted this one ... 3 beastie boy tracks with additional drum and guitar and keyboard tracks you can see being put down live in studio...

February 6, 2023
Been thinking about the old Adventures of the Gummi Bears cartoon...

A few thoughts:
1. Making a mythological sort of backstory for a candy was an interesting choice, especially since it wasn't tied to a particular brand.
2. This cartoon really upped the animation standards for Saturday morning fare. Looking at the intro... maybe some of it was the design? Those Ogres just have a great sense of mass to them, as do the bears themselves (and the end of that club "Cavin" is wielding at around 30 seconds in)
3. For a long time I thought the theme song had a line "They take pride in knowing / the fight for what's right is whatever they do" which even as a youngster struck me as a bizarrely self-serving sense of morality. (Reading and listening now, it's probably "they'll fight for what's right in whatever they do" which is a bit better.)
4. The family relationship in the warren was always kind of vague. But Sunni Gummi, the second youngest one, always struck me as surprisingly gender ambiguous. Maybe some of it was her kind of stylish short, swooped 80s haircut, but also I think it's good that they avoid the "smurfette" variety of pre-teen girlhood in the show. 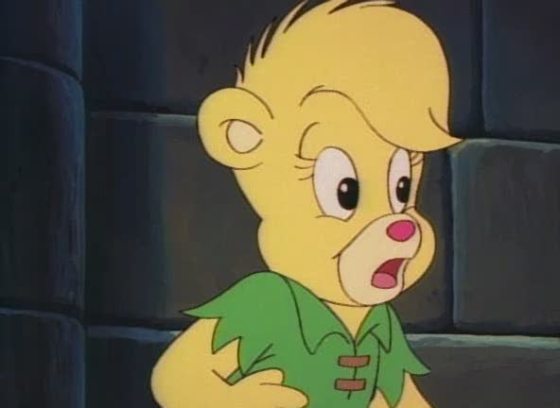 I realize I think a lot about this tumblr-ized tiktok of Cheetah Calls for His Sibling, like beyond the "heh Cheetah's make surprisingly housecat like meows", I think how it demonstrates what our kitty Dean is looking for. Maybe less licking though. You should see this

People are like "these animals have exoskeletons and these ones have endoskeletons" but no. It's all exoskeletons, your exoskeleton is protecting your bone marrow which is where your soul (which is you) is. The rest of the stuff is extraneous decoration that Big Pharma wants you to think is important/
---
Why do you think there's so few ghosts around? Why are most ghosts people who died violently? You gotta crack the bones to let the soul out. Most souls are trapped alone in the dark and silent ground (or teaching hospitals) for hundreds or thousands of years until the bones eventually start to break. People who are cremated get their whole soul released and it can reincarnate. But if someone dies violently then maybe only a couple of their bones are cracked and a little scrap of the soul escapes but it's incomplete and confused. Can't figure out how to leave, gets obsessed with its own circumstances, repeats actions, CANNOT be reasoned with. PROOF that the soul is in the marrow.

See I know what I'm talking about.
---
Sin is stored in the teeth btw which is why young children are innocent (they'll get a do-over with replacement teeth) and the elderly are shameless (once you have no teeth to remember your sins, you have nothing to fear).
---
Upon review I think that maybe vodka isn't for me.

Aging bites a bit harder when you're not fond of the parent you resemble. 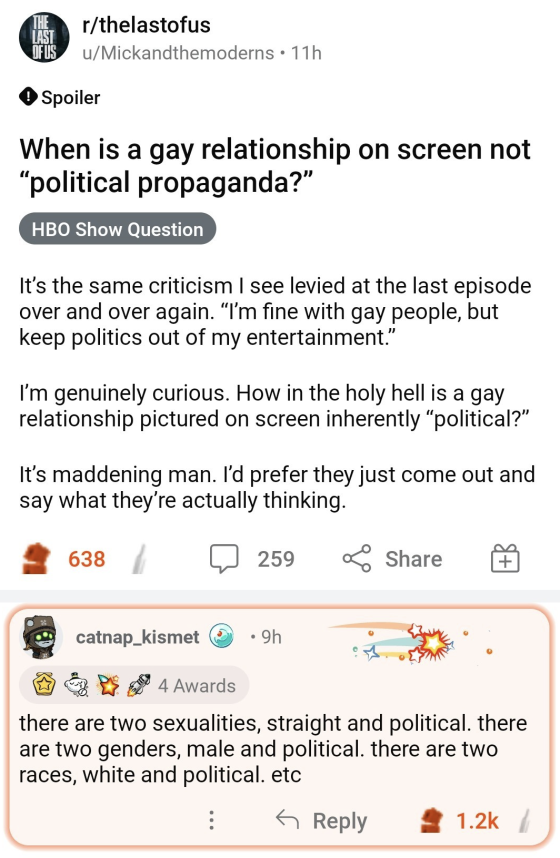 The Gods of Shuffle graced me with The Mountain Goats' No Children, I found this interview with these two quotes I'm finding kind of moving at the moment...

I suffer from anxiety, and one of the most helpful things I've learned is that if you fight anxiety, if you start to feel yourself going into a panic attack and you try to stop it, that makes it worse. ['No Children'] is a song that says, 'No, I just want to stay in this painful moment. I just want to feel this painful moment, and take joy in how dark we can make this moment.'

Love these kids as hard as you can, because a lot of them haven't had that.