advent day 1
advent2016.alienbill.com Once again, I made a virtual advent calendar! An original little digital toy for each day leading up to Christmas. You can comeback daily to see what's unlocked.

playlist
December 2, 2016
A shorter than average list, sadly I didn't hear much new music in Malaysia. 4 stars in red, check out the video for Carment

The phoney electoral college made a laughing stock out of our nation. The loser one! 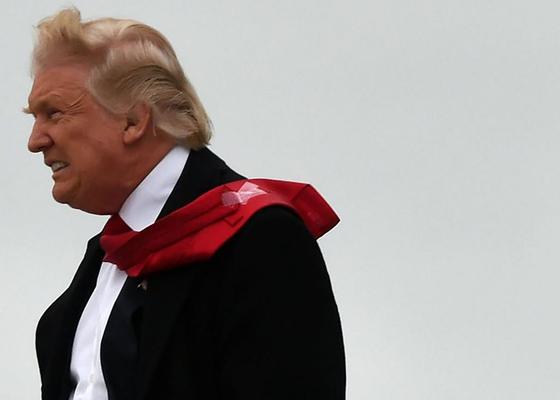 advent day 2
Ugh, vague feeling of remembering "Oh I should put this down someplace where I'll remember it" followed by less vague feeling of being pretty sure I didn't. The 52 Things I learned in 2016. Whoa.

"No," Harrison answered. "You think you're less than you are. You're a smart hick." And then, "You have the eyes of a doe and the balls of a samurai. 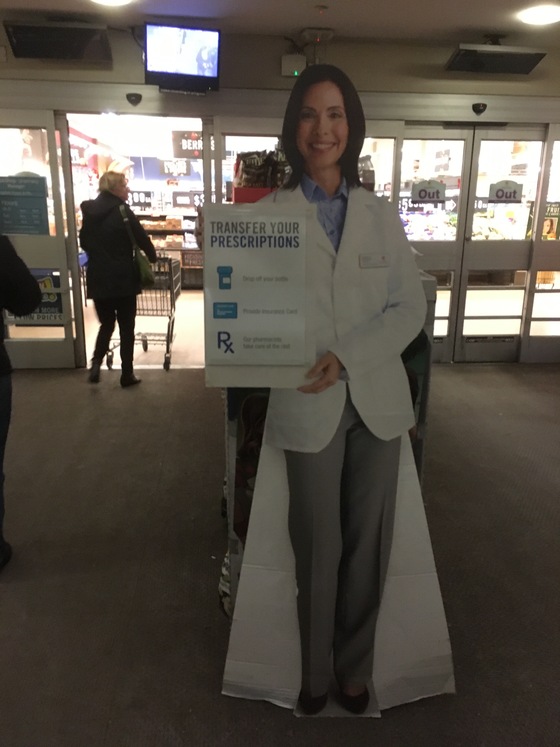 "I feel like one of my life goals should be getting a lifesize cut-out made out of me. Would you want one?"
"You're such an only child."

(it only sort of helped when I explained, no, I meant would she want one of herself.) 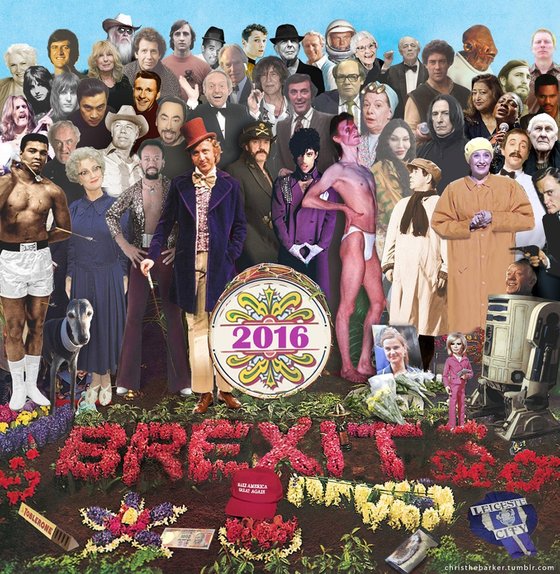 more info. Lets hope thats pretty much it for this year.

Donald Trump and Vince McMahon have worldviews and business approaches shaped by similar experiences. They understand how pro wrestling and its carny traditions can make money off of 'marks' the unsuspecting fans who don't know (or don't care) that it's a con.

Aargh. I've done a ton of scanning with my eyes on the prize of just having less clutter - but I have trouble plucking up my courage to get rid of the physical material, especially the photos, even though they're carefully scanned, and even as I recognize that the cursory glance I gave each piece as I scanned it probably represents more attention than it would have other gotten otherwise.

Any advice? Dumping them all in a garbage bag seems like such an ignominious end, even as they'll live on in digital form. 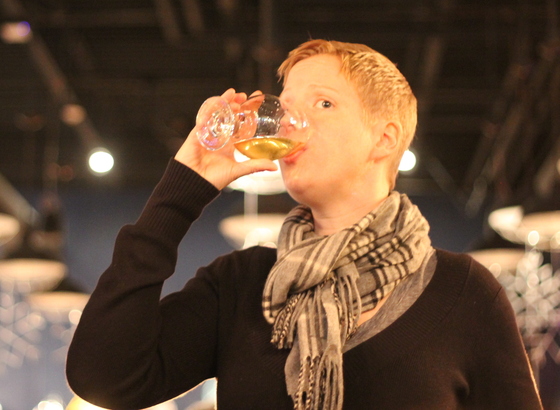 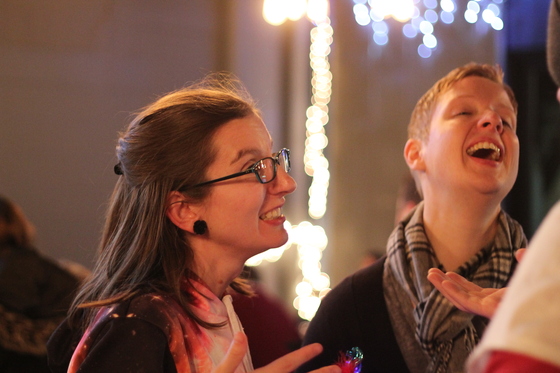 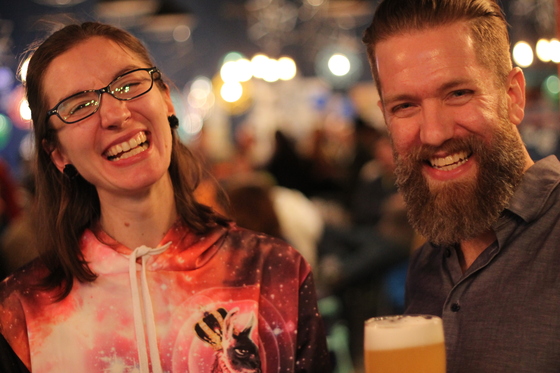 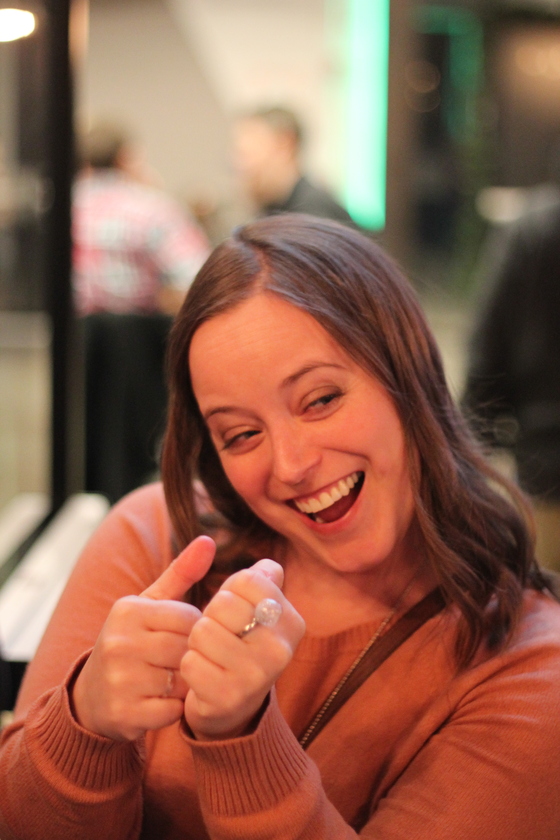 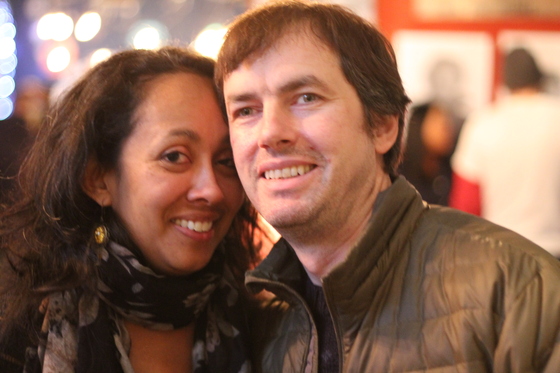 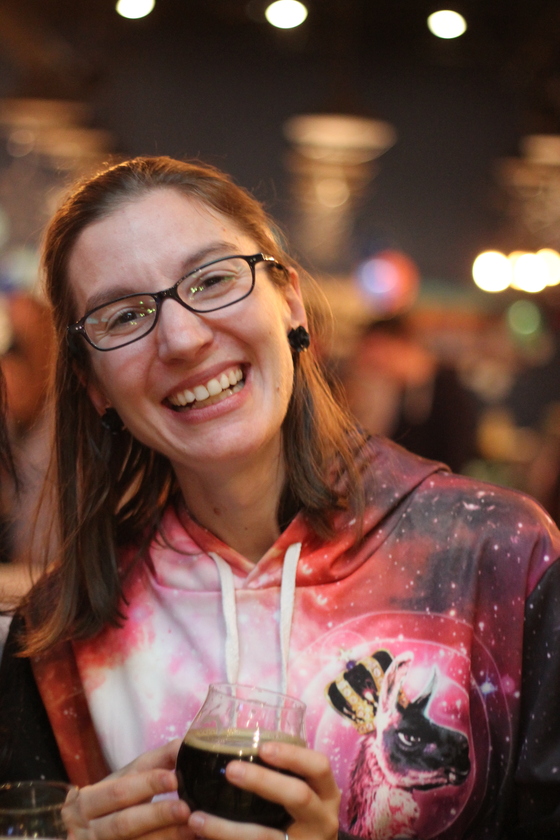 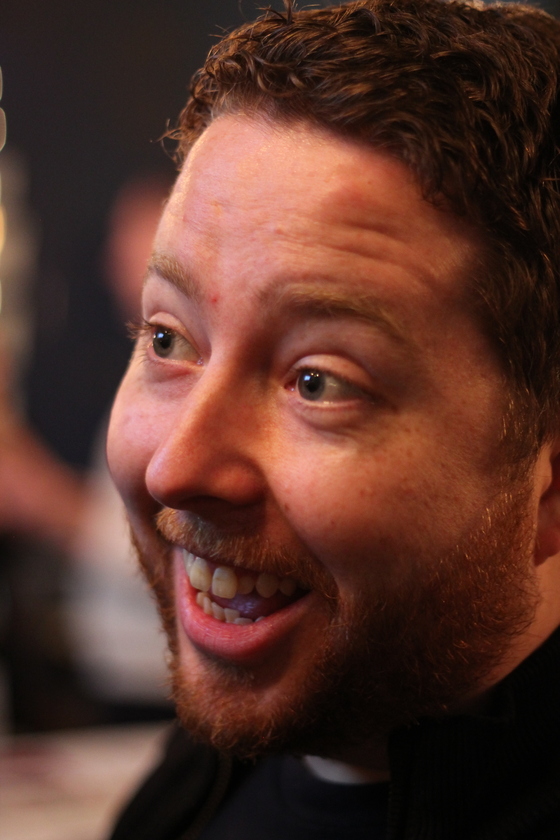 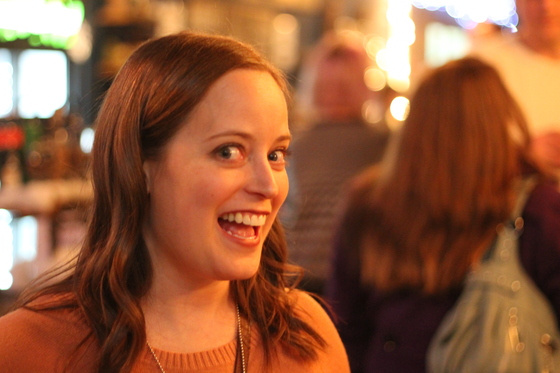 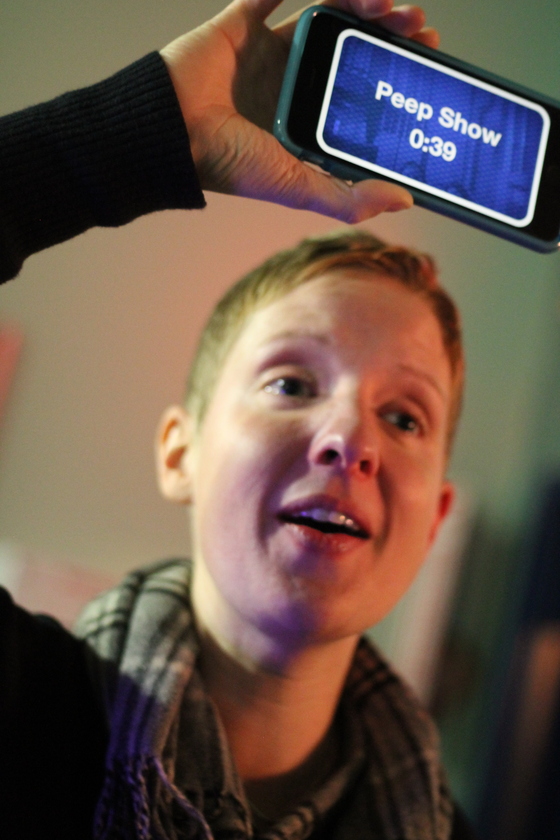 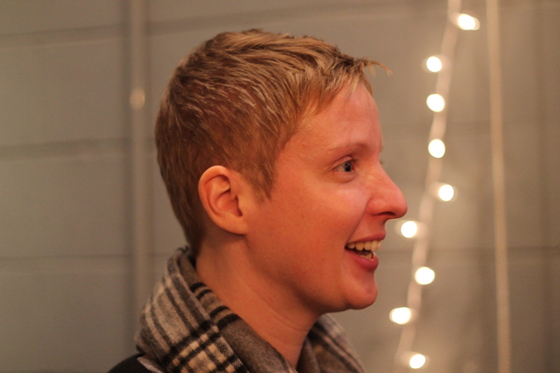 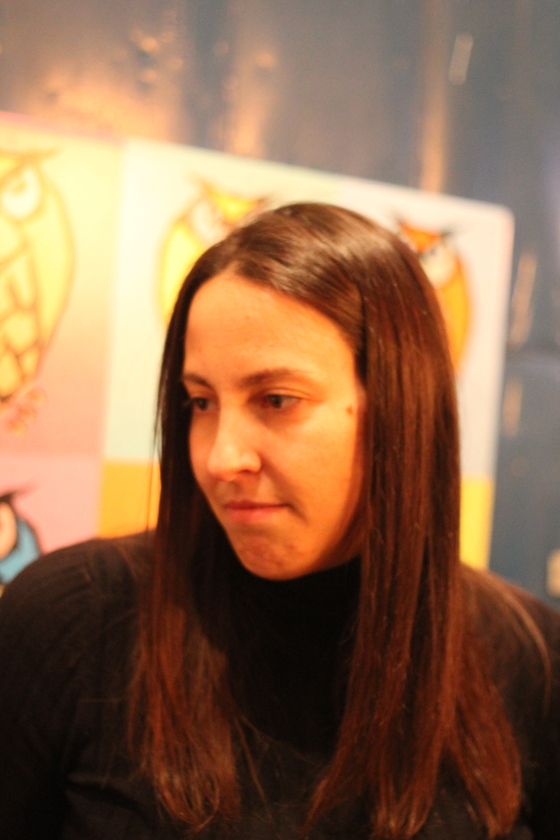 advent day 15
New work laptop. A little larger than would be my preference but- more for stickers! 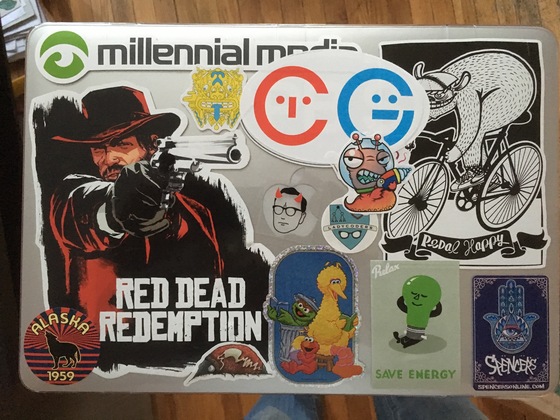 Admittedly it's cooler when stickers get acquired over time, but as I said yesterday "I fear I am akin to a tween when it comes to stickers"

Boston area reminder: sure days like today aren't necessarily fun, and "oh but we LIKE a place with seasons" may just be what gets us through the (long dark) night but without this the city would be even more overpopulated with college kids who'd have even less incentive to leave. So... hooray? Pretty good blog to read along with my Lego Star Wars advent calendar this year. They also have it for previous years: 2014 and 2015

advent day 17
I wrote a final wrapup entry to that type-in games of Compute's Gazette blog I did last fall.

Watched Rogue One - Spoiler Free Thoughts, mostly about the gear and ships and possible art influences.

I think I liked it better than Force Awakens, in part because it wasn't trying to duplicate the beats of the original.

Besides a few touches of Mad Max (Forest Whitaker's character had a bit of a trace of Immortan Joe - and almost served like an echo of Darth Vader) the probable influence I most enjoyed recognizing was the Star Wars video games - flying low under radar through fog filled trenches (ala N64 Rogue Squadron) Walkers through shallow tropical waters (ala the GameCube entry in the series) - probably a touch of the Battlefront series in the soldiers running around combat as well. I'm assuming.

Also, seeing Star Destroyers directly over urban areas made me think of those "Death Star over SF Bay video", circa 2008:

Another art influence I think, but obscure: the lanky K-2SO reminds me a LOT of the robots in Paul Rivoche's art in the appendix of Isaac Asimov-moderated "Robot City"-- see the art at the bottom here.

There was a bit too much "THIS year's toy" in the ships- (which is funny, I think one thing I didn't like about Force Awakens was how the ships didn't feel different *enough*) - for geeks who care about that kind of thing it's going to be tougher to justify why more of them didn't show up in the Original Trilogy. (Unless they make another Lucas-ian touch up and rerelease A New Hope)

You know, most prominent in that are all Imperial Shuttle-derived transports, ships with a center body and then 2, 3, or 4 folding wings, like Kylo Ren's ship. When the Vader's Shuttle started up Return of the Jedi, it was unlike anything we'd seen in Star Wars and Empire Strikes Back, but now they're everywhere, they just decided to sit out two films.

(Also everywhere in this movie: those little things that look like fancy pens in Imperial (and others?) pockets. I guess they're "Imperial Code Cylinders" but they're so ubiquitous as to be distracting.)

I loved the humanity in the opening scene at the farm - like what life might be like in an Empire dominated galaxy. Oh and Jyn Erso is a total badass gal. I wish we'd seen Carrie Fisher doing more of that kind of leading, either in the original trilogy or the new movie. (Though I guess technically she grew up in very protected royal circumstances...) Oh, though I guess Luke's toy T-16 kind of had that Imperial Shuttle look.

advent day 20
Almost exactly ten years ago I wrote: "a pair of robot arms that did nothing but accept shirts handed to it, hanging them neatly up in the closet, would be one of the niftier uses of robot technology I can think of. Worlds more useful than those stupid "can bring you a soda, if someone on the kitchen puts one on its little tray" robots that so captivated me in the 80s."

Scientists are finally on the case! 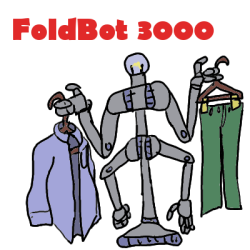 A lefty debates with his more conservative younger self. I like the dialectic in this, even as my own views lean left.

advent day 22
You know, I was going to write about mixed feelings about if Donald Trump was backing off "Drain the Swamp" rhetoric (you know, just leaving big money as the only long term interest in DC) while still utilizing it as BS puffery--- but Newt saying he had to take it all back. Yeesh. I'd say it sounds like someone got sent to the principal's office, but Trump is more... bully? Commandant? Metaphors fail me. What a cluster.

advent day 25
On my devblog, grumbling about HD space

For grins I finally got around to putting up a tag system here on the site. Right now the most useful addition is as a guide to my Malaysia photos.


I should be grateful I don't get periods...I don't even know what that stuff would come out of, frankly.

That blurb was from the print version only maybe, but the article was good. I admit, I don't really "get it" - and this isn't meant to be judge-y at all, but when I'm play slots, anxiety about the slow drain of money (along with echoes of a puritanical 'doing a bad thing' concern, my church growing up was zero gambling) overcomes any boosts I get from winning. But it's not just me - there's that tenet of "loss aversion" in psychology, right? You can frame things so that people clearly are more at pains to avoid loss than to go out for potential gains - but something in the casino experience masks that. Is it just the pile of all the little tricks? All the near misses (the article says the lizard brains reads those as practically wins), or all the tiny semi-wins that might not even make your money back, but still feel like something?

We are such insistent storymakers that we tend to find intention and purpose in every damn thing... It is ridiculous that so many of us, for me example, have a hard time not taking traffic personally.

Be Princess Leia in 2017. Fight on the front lines. Strangle fascists with the chains they would have you wear. Be a motherfuckin' general.

I made this on my iPad a while back. One of my favorite things since these

A while back the Cambridge Scout wrote about School of Honk - I show up in 2 1/2 of the 4 photos, I think because my tuba is so shiny and brass. 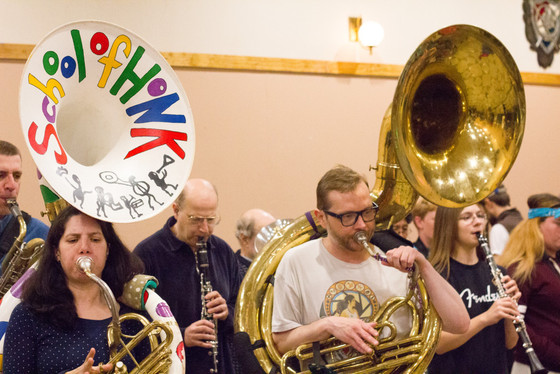 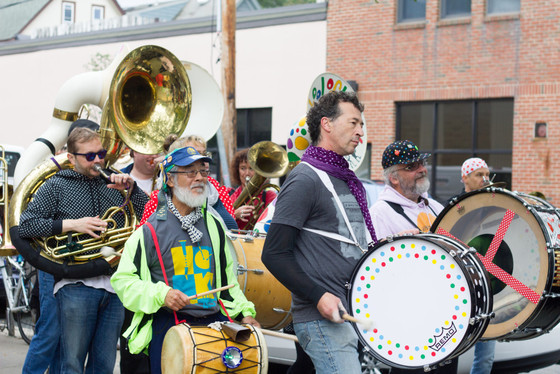 Anyway, not too late to chip in for the Horns-o-Plenty fundraiser gettin' horns on hand for anyone who wants to join in. Bonus Skeletuba image from Andrew Huang: 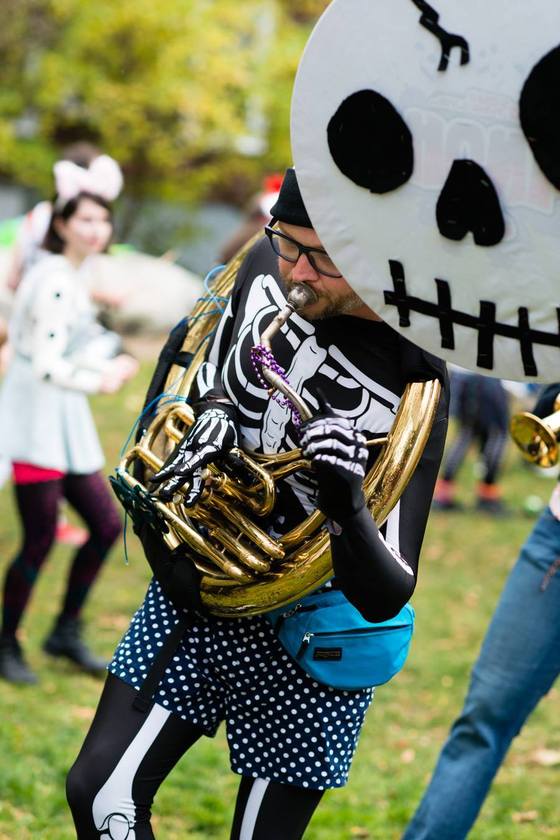 Spiders are the only web developers who are happy when they find bugs.

you know, is it too corny to say that Carrie Fisher's mom died of a broken heart in both the movies and real life? The Digital Library of Babel - one of my geekiest yet literary devblog posts yet!