In part she got two sheets of "$2,000,000 50x Cashword" which combines the thrill of gambling with the excitement of crosswords (or maybe more like wordhunts) - they give you 20 letters (generally missing a critical vowel or two :-D ) and then two completed crosswords of words, and if you spell 2 or more words in either of the crosswords (separately), you win! 2 words wins your money back, up to 11 words that gets you a million.

But, it's sort of annoying/anxiety producing to check the damn crosswords, and in the words of Douglas Adams who said he was "rarely happier than when spending an entire day programming my computer to perform automatically a task that would otherwise take me a good ten seconds to do by hand.”. I decided to make a "solver"...enter your letters at the top, all the 3+ letter words from the grids, and it will show you all the letters you're missing, or if you win!

Results:
He lends at interest and takes a profit. Will such a man live? He will not! Because he has done all these detestable things, he is to be put to death; his blood will be on his own head.
Ezekiel 18:13.

God isn't such a big capitalist, huh?
(and yeah, that's OT, but y'know, Jesus was throwing over moneychanger tables. And hanging out with the tax collector.) Best semi-technical description of what happened with the Big Boat stuck in the Suez I've seen 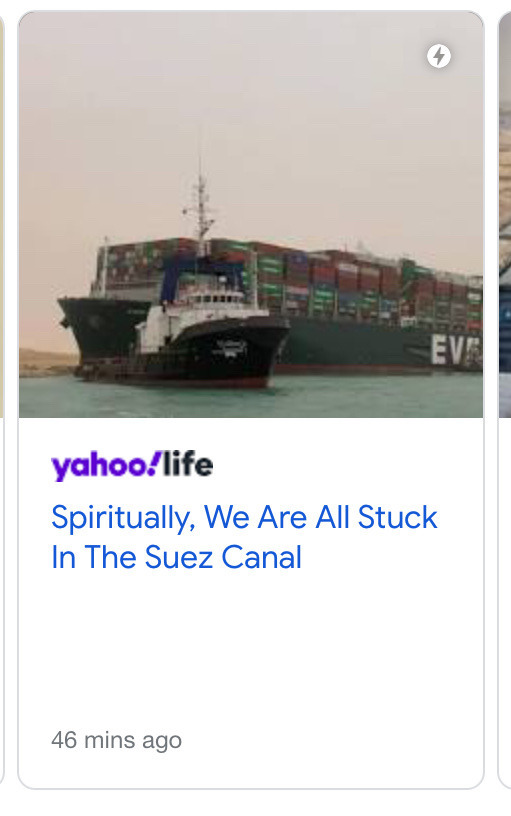