what a way to go


When I was a kid, I used to pray every night for a new bicycle. Then I realized that the Lord, in his wisdom, didn't work that way. So I just stole one and asked him to forgive me.

Image and Link of the Moment 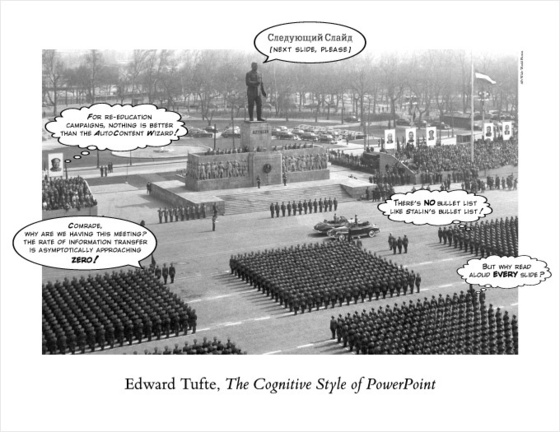 --from Wired's article by the famous Edward Tufte PowerPoint Is Evil. I honestly don't think it's that bad, it's just basically an outline structure. But I think it's a funny picture.

Video Game Movie of the Moment
I previously posted about stunt videos from Grand Theft Auto (third entry in that days "video blowout"), people doing crazy stuff with that game's physics engine. I found something similar and wonderful with the X-box game Halo: Warthog Jumping. Blowing up grenades to send its All-Terrain combat vehicles soaring, against a very funny bunch of soundclips. (Some of the mirror sites seemed slow, but this one was pretty good.) There's also this page of further videos that I haven't seen much of yet.