comic
February 9, 2005
So I was standing in line in Dunkin Donuts and I noticed a reasonably attractive woman in a jogging suit standing in front me. "She's cute," I thought, "too bad about the birthmark on her head." I glance out the window and see a guy, and he also has a birthmark, but much bigger. Finally the woman's companion shows up, and I wonder if he's related to her, because same birthmark as her, both much smaller than the guy's outside.

Duhhr. Anyway, Happy Ash Wednesday, all you Catholics out there.

construct a 2-minute puppet show or a mini-comic starring two turtles (cozy and drowsy) incorporating 3 of the following: (mouseover for captions) I chose 2, 3, and 5 for my comic, STACKIN' TURTLE ACTION COMICS! 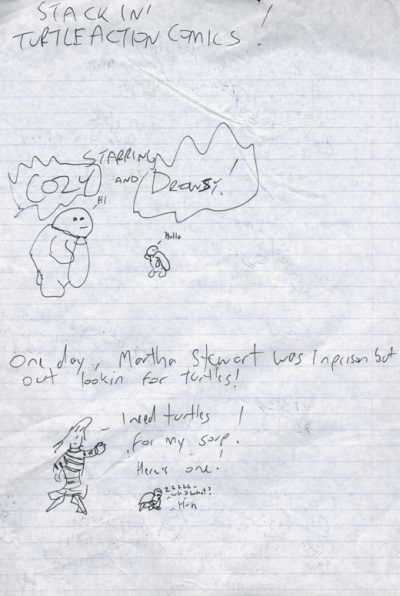 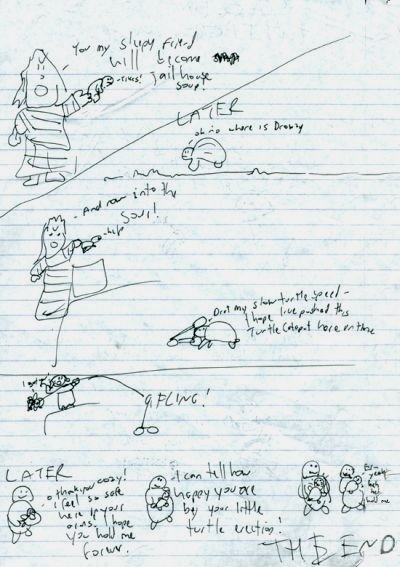