photos
(1 comment)
April 10, 2005
Photos of the Moment
So, yesterday I went hiking with Ksenia, Shawn, Ellie, Ash, and Andy. While The Marlboro Trail on Mt. Monadnock is considered not too tough, the snow and ice made parts of it really challenging...especially descending. Especially while descending in the twilight! We got a late start and then the newbies took longer than expected going down, so it was dark by the time we were halfway down the trail. Luckily three of the experienced people had flashlights, and looking at the stars from this one plateau made it pretty much worthwhile. Still, it was like a seven hour hike...my knees were killing me.

It's a bit of a drive, but I like this photo. 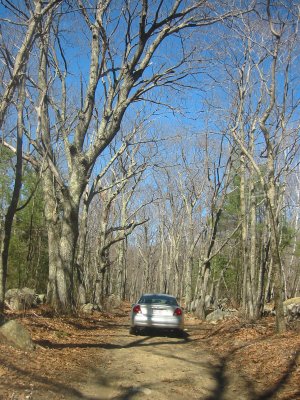 About halfway up. I don't think Ksenia is trying to fly. Quite a view from up there. 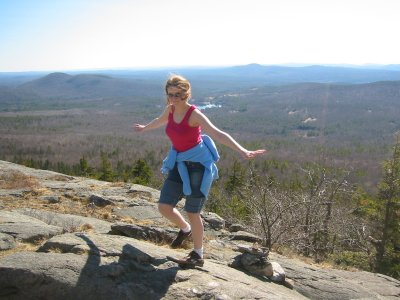 I like the first photo better, but the second one gives you some idea of how steep it was. 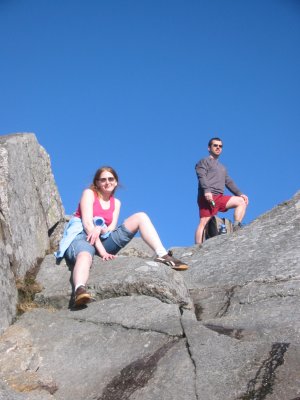 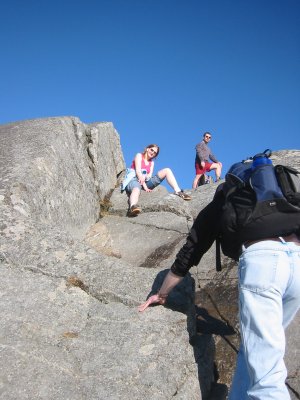 Andy gettin' down with his bad self. 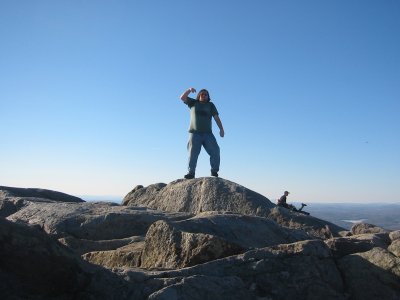 Trying to recreate that one photo of me I like so well... 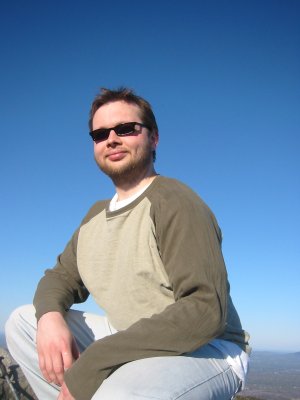 Nice sunset. Unfortunately, that gave us about half an hour of light, and we were only about halfway down. 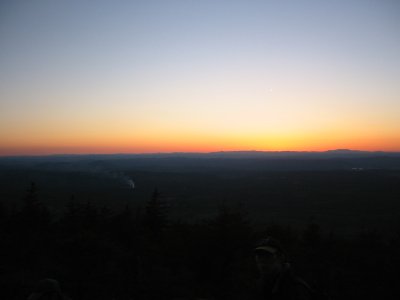 So, the experienced hikers all brought those "trekking poles", like skipoles but for hiking. I got to use one for a big part of the hike and it was a huge help. Someone who knows what they're doing and using two can make incredible progress, they're like 4-footed beasties.

Incidentally, Shaw has a site, UpHillTrek, about the climbing he does with Ellie. They're pretty serious about it!

You can also see more photos from the day.

Thought of the Moment
My knees, which have been pretty much fine all my life..the left one started giving me some pain after messing about with some jogging over the past few weeks. And then yesterday both started killing me. But you know, ibuprofen really helped my knees once I got home. It's funny, I always thought of Advil and Aspirin and Tylenol and all that stuff as little more than placebos, but for certain problems they're really good stuff.