A long time ago when kisrael was green,
there were more kinds of postings than you've ever seen!
They could be quite snarky, others quite deep
But from Dylan and Sarah, we ain't heard a recent peep!

And this goes double for the rest of you varmits out there: post dangit! Don't make me resort to bad poetry! Or the overuse of the exclamation point!


--Evil B.
(1 comment)
(3 comments)
July 5, 2006
Yesterday, on a whim, Ksenia and I decided to celebrate the fourth by renting a kayak and paddling down to see the Boston fireworks.

I learned a few things. Anyway, a few images: 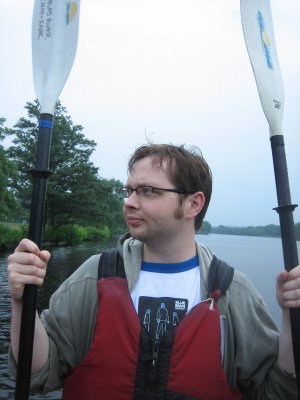 About to set out: 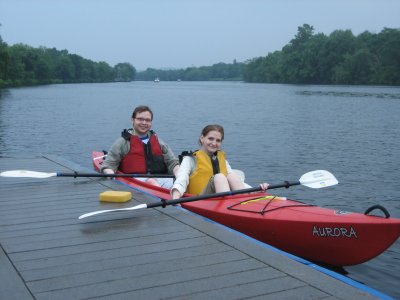 Some waterfowl along the way: 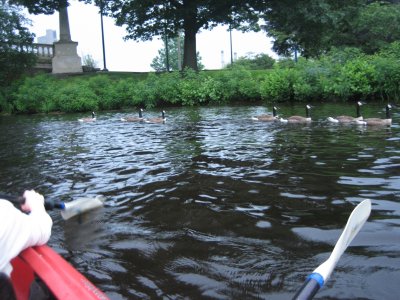 I like this shot of Ksenia, and also how you can see where all the boats are anchored waiting for the big event: 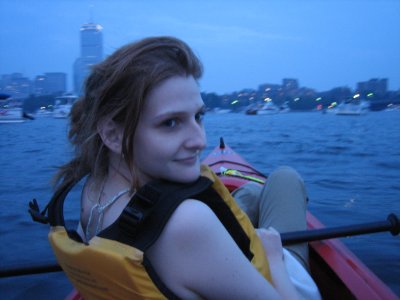 Rochelle et al used the good ship Integrity as a reference point. Also, you can see the Citgo sign, or at least make out its reflection: 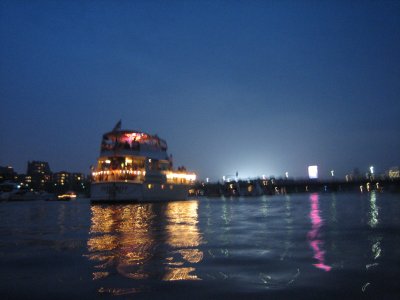 We were pretty dang close to the fireworks, they really filled the sky and the sound was amazing. (I think I respond more to the sound than the light with these things.) I like the new ones, lots of noise, with many more miniblasts filling the sky. Though in those photo, the fireworks look a bit like a Sanrio critter. You can judge how close were from the silhouette of the other boats: 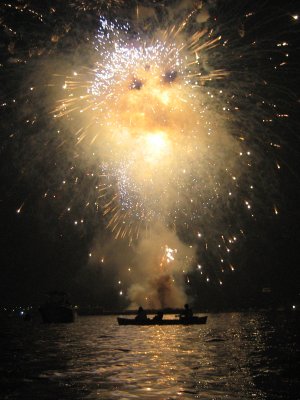 Nostalgia of the Moment
Speaking of Dylan and Sarah (as EB was in the sidebar) I dug up pictures from July 26, 1998 when I went kayaking on the Charles with them and their friend Mandy.
Two points: I think it is a even more fun to have a definite goal such as as "seeing fireworks" than just "paddling around for a bit", and man... in 1998 I had a craptacular digital camera. That last picture of Sarah was ok though.

Link of the Moment
Fun Facts about Springfield's Fireworks. It was my first clue about the names for the various types, which the wikipedia page now covers in greater detail, from Peonies to Cakes and including my favorites, Salutes... just a big sound and a big noise. (Heh, that first link was probably in my backlog since before I knew much about wikipedia.)