Wrong lessons learned thus far: You know, I was thinking that this was the first time I'd been on a train since this weird Red-Eye trip I took with Dylan in sixth grade or so, but then I remembered Europe, from third-world-ish sardine-can packed bar cars in Portugal to multiple trips around Germany. It still feels rather novel, though.

Anecdote of the Moment


President Coolidge had a group of guests on the presidential yacht cruising the Potomac. As he stood alone at the rail, looking out at the expanse of water, someone exclaimed, 'Look at that slight and slender figure! Look at that head, bowed over the rail! What thoughts are in the mind of this man, burdened by the problems of the nation?' Finally, Coolidge turned around, and joined the others, saying, `See that sea gull over there? Been watching it for twenty minutes. Hasn't moved. I think he's dead!'

Though it was funny (+ suspicious) when I looked in the back and saw the story attributed to "A. Krock"... somehow reassuring to know that inane presidential remarks are nothing new. 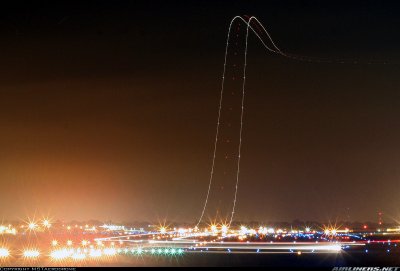 -"-A UPS-owned B767 departs Des Moines Int'l and turns south", via cellar.org Image of the Day, who got it from airliners.net. Almost makes me regret travelling by train this time!