(7 comments)
October 26, 2006
So at the risk of boring every non-techie there, a recent bit of exposition of mine from IM:

Yeah, that's one of the difficulties of technologies that try to say "and you don't write code"... same w/ things that make heavy use of XML files as controllers... for non-trivial stuff, the "non code stuff" (tags, or XML) needs to be written by someone smart enough to write code, PLUS it's another syntax to learn, PLUS it's another layer of plumbing to get through when something does go wrong. I'm definitely in the "keep it simple" and "prefer APIs over framework engines" camps, when I'm given control over architectural decisions.

So put that in your Struts-pipe and smoke it.


Computer, did we bring batteries? Computer?

Machine. Unexpectedly, I'd invented a time

--from Wired's Six Words Story Challenge. I also like Hemingways inspirational original ("For sale: baby shoes, never worn.") which famously manages to say so much with so little.

Art of the Moment 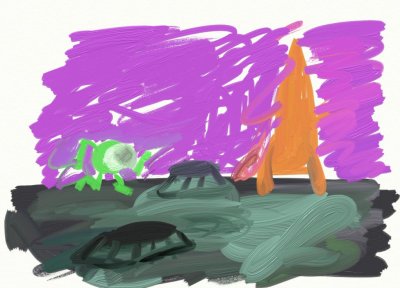