(1 comment)
March 5, 2008
I know I've rambled on about my Theory of Multiple Intelligences for Art before, but in a recent online discussion I realized that I can put it much more succinctly than I usually do, without all the backstory I usually give it:
A. art needs to judged in a multidimensional away--
B. to the extent that there's "good art" it will be art that succeeds on more of those axes than mediocre or poor art
C. very little art exists that doesn't work on at least one of these axes, in particular, commercial success is almost universally indicative of success in a few of these
D. Ok, so, not all the axes are created equal, some are more important and/or easier to achieve than others-- some may only have subjective meaning, might only work for a certain target audience. And maybe this is all so much anti-elitist, post-modern, "can't we all just get along" kumbaya-- but actually I think there's something to it.

Announcement of the Moment 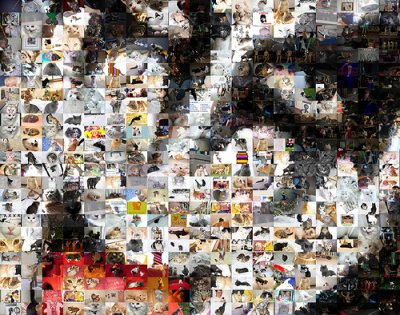 --ATTENTION: GENE SIMMONS IS MADE OF KITTENS.
That is all. (thanks Bill)