April 18, 2008
Last night I was walking around Porter Square and had a kind of good news / bad news situation. The good news was that that one space that used to have a used bookstore in the basement (about halfway down between Porter Square and that one Church) again has a used bookstore in the basement! The bad news was that the bookstore was Mcintyre and Moore that used to have a much larger and more visible place at Davis Square.

I don't know how much the selection has suffered. I found 2 cool remaindered books and 2 interesting used titles, and they're not even fully unpacked yet. They have a lot of small rooms down there, but still, it is after all a basement.

Photos of a Past Moment
OK, I lied about not posting more Japan stuff. On flickr I posted a gallery with A Baker's Dozen of the visually strongest photos that I took, the ones that I also decided to printout. They arent' quite fullsize but 1024x768 is a lot better than what I posted here earlier. (I might add a few from another set of 10 I considered printing but decided against.) 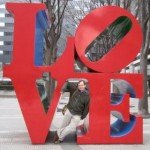 The 400x300 size I post here doesn't do justice to some of the images, IMO. If anyone wants a semi-decent 8.5x11 printout of any of these, let me know and I'll get one made for you.

Side note: I did this month's Blender of Love and used this kind of cheesy photo from my Japan trip. The thing is, the folks there like this shot a lot more than I do even, and are encouraging me to use it as a bit of a signature every month. Not sure what to do about that, it's cute and all but with more than a touch of schmaltz...


By almost universal agreement, the most vague and ineffectual of all our leaders was Millard Fillmore, who succeeded to the office in 1850 upon the death of Zachary Taylor and spent the next three years demonstrating how the country would have been run if they had just propped Taylor up in a chair with cushions.