After dropping my camera at the Celtics parade I bought another Canon much like it -- PowerShot SD850 IS. This has not made me a better photographer. 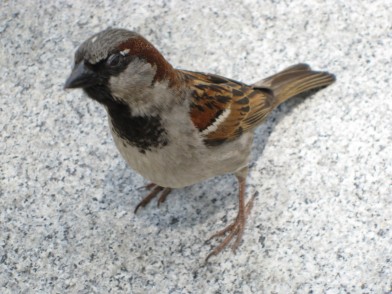 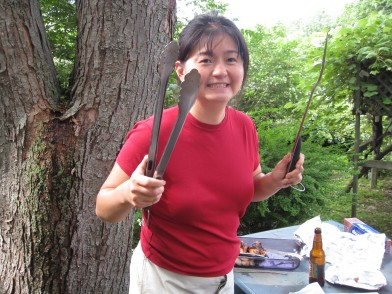 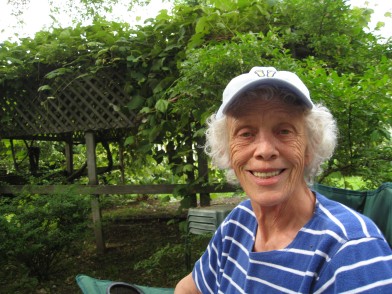 MEB (Mama of EB), also in the backyard for the 4th cookout. 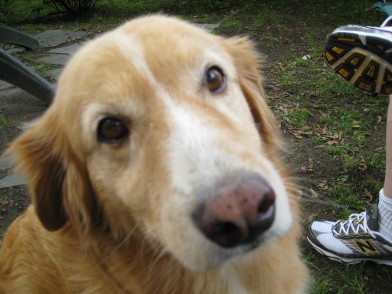 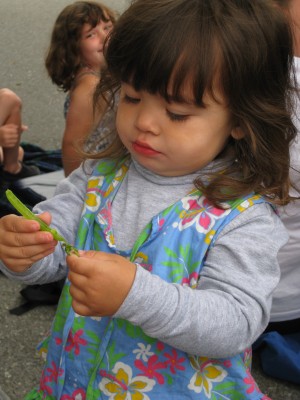 The whole EBclan has been enjoying fresh peas-in-the-pod as of late... 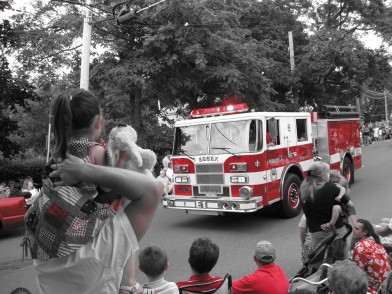 Rockport 4th Parade, just fooling around with "Color Accent". There was much red! 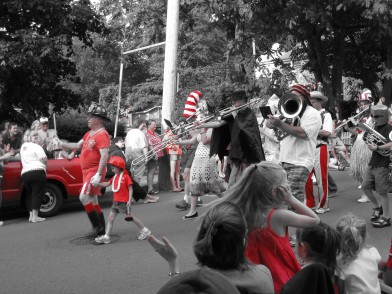 I learned about the tradition of "Horribles" parades and the musical groups therein. (Come to think of it, I was totally in that tradition and didn't realize it in '95 or so at the Bunker Hill Monument Halloween Parade.)

The Rockport Parade also had a Precision Lawnchair Drill Team, doing spinning formations in the parade and generally having a grand time. What they lacked in precision they made up for in lawnchairs!