Less virginal than I might have thought. Actually, a heapload of tattoos, more per capita than I think I see in Boston. 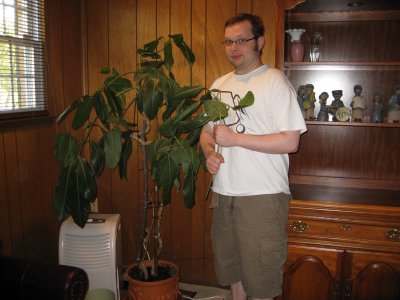 This is the original Kirk Tree! An umbrella plant planted on the day I was born. It turns out reports of its demise were greatly exaggerated and it has bounced back beautifully from its previous infirmity.

As you can see its nearly as tall as I am, and always has been...

My mom has the Kirk Tree next to the dehumidifier, which means it gets watered from water pulled from the air, which is kind of cool.

Meanwhile, back in Boston... 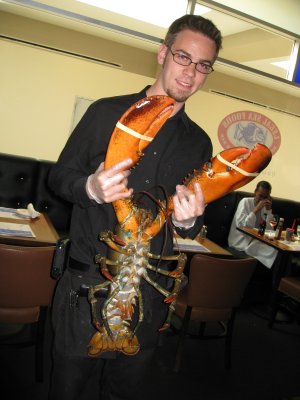 I don't know if the Legal Seafood at the Prudential Center just keeps this guy around to wow the tourists or what, but I was pretty wow'd. 18 lbs of pure lobster joy! The estimate is this beast is older than I am. You think they could at least give some dignity, but whatever.

Walking in "Old Town" Alexandria,I feel like such a yankee. (in the non-baseball sense)