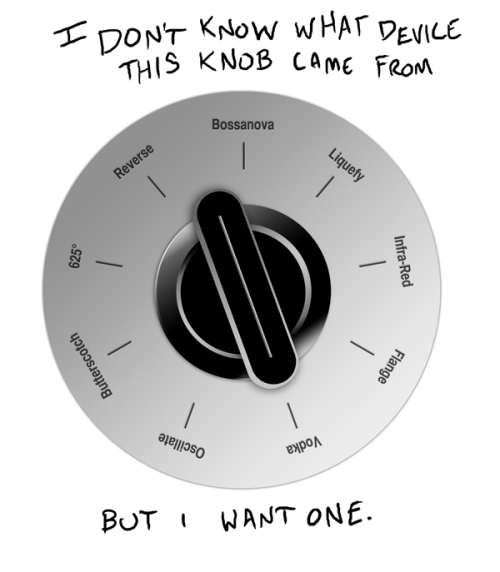 Regaling your adversary with vague threats will make them uncertain, or fill them with an ill-defined sense of doom:
"IT IS GO TIME! FOR YOU!! And DOWN is the direction you will be GOING!!"
"Indeed, but I'll only be going to visit you, who I will have sent down first."
"...You win this round."

http://slacktivist.typepad.com/slacktivist/2009/03/none-of-your-business-contd.html - slacktivist on what if it was a "work" section rather than "business" in the newspaper.

It brings me back to a thought I had a few weeks ago... what the word "Capitalist" means. Over the years, its come to be synonymous with "freedom", which is a little weird when you think about it. (I'm not sure if I'm on etymology thin ice here, but--) It suggest that capital is the core of society -- there seems to be a fundamental assumption that you can't succeed unless you're getting external funding, and that being able to fund other endeavors is the central key to achieving wealth.

I don't want to sound like a flaming commie, but I think it's important to recognize how language and culture might be interacting in stuff like this. Paraphrase from Last Night, me and my Aunt, about my apartment in their brownstone:
"No, I wouldn't move for a job. Probably the most likely would be some personal thing, like a new relationship. But there's nothing on the radar so..."
"Is there any chance you might be bisexual?"
"No, I... wait, WHAT? How did...I mean, yeesh--"
"Just trying to figure out how many people I might have to alienate you from..." For way too long on my todo I meant to mention that one kind of hokey, faux-American Indian story, about someone who has two wolves that are fighting... the way I heard it first is one is hope, the other fear, and the question is, if they're fighting, which one wins, and the answer is "the one you feed". EB was musing on the differences in style and self-assuredness among him, me, and JZ. He sits to code, he hears Queen's "Under Pressure.". I sit to code, I hear the same song but with a kazoo. JZ just kind of hears "We are the Champions"--it's about not sweating past mistakes or fretting about future ones.