portugal: back to boston

Photoblog of the Moment
Home again, home again.
Again I wish I knew why footprints amuse me so. 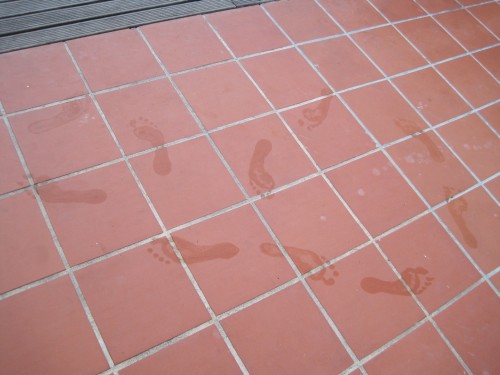 Again, I wish I knew why having an active communist party (getting a solid 8-9% of the vote, though with a demographic that is skewing older) fascinates me so. 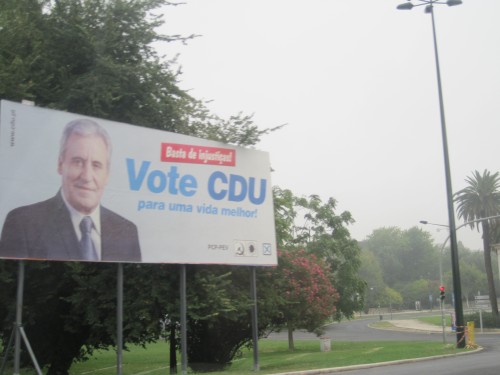 Again, I wish I knew why airplanes grab my attention so. 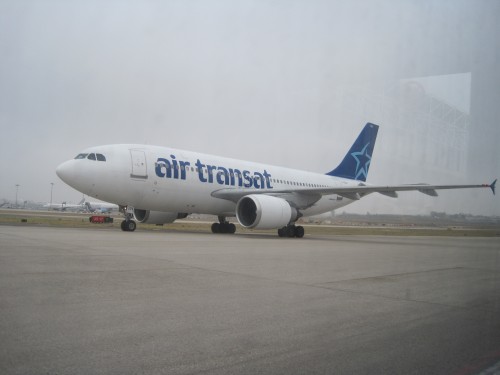 I know I shouldn't be taking so many photos in airports, lest I look like a security risk. Still, the way they had all the planes lined up in the open was neat. A sign claimed that some kind of regulation forces them to have the shuttlebus system, I was wondering what the issue was. 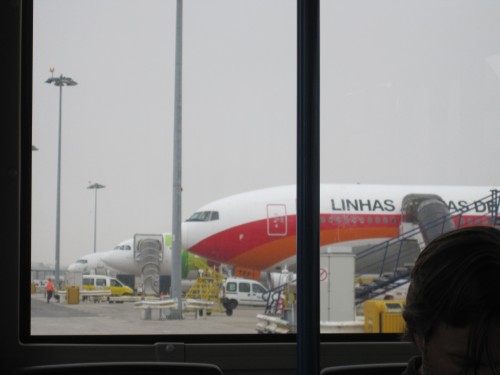 This is the new "Flight Connections" logo for Heathrow. (On one video screen I saw an older version where the planes are both level) 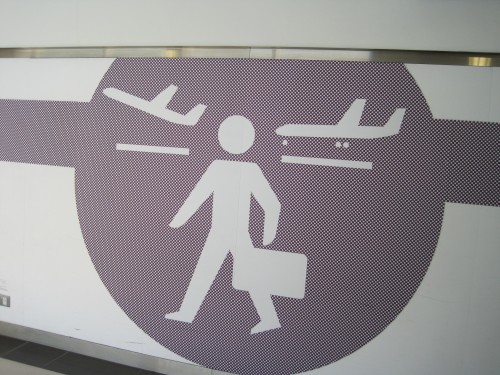 ...the thing is, Heathrow, at smaller scales those planes totally look like moose antlers. 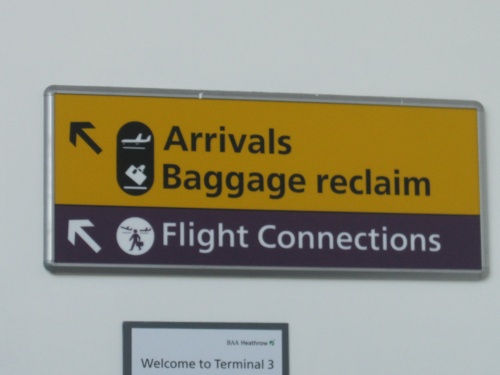 I again was a moron about my flight times, and had a totally gratuitous amount of layover at Heathrow. I guess I was thining that I wanted to arrive in Boston as late as possible in order to have a bit more time in Portugal, but, duh, I just ended up with a longer layover in Heathrow, having arrived in plenty of time to see an earlier British Airways Flight to Boston head out. At least the gate had a nice view of the airfield. 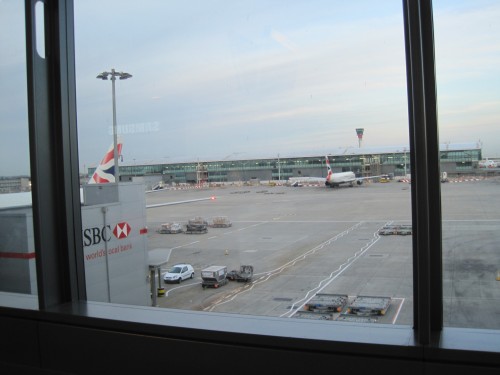 Some random notes: And now, back to the grindstone. But my Ottawa trip got canceled, so it's not as bad as all that.
--100 years of Special FX (via via BB - click either the movie or that link to get to a list of the fims)

Woman in Central Square wearing pajamas and reading cable TV manual loudly. If she were in Harvard Square, it would be performance art.

I love my puppy ... I love that he is so young and full of life ... And that he will still die first.

Coming home from very lonely places, all of us go a little mad: whether from great personal success, or just an all-night drive, we are the sole survivors of a world no one else has ever seen.