the number of crayola colors doubles every 28 years 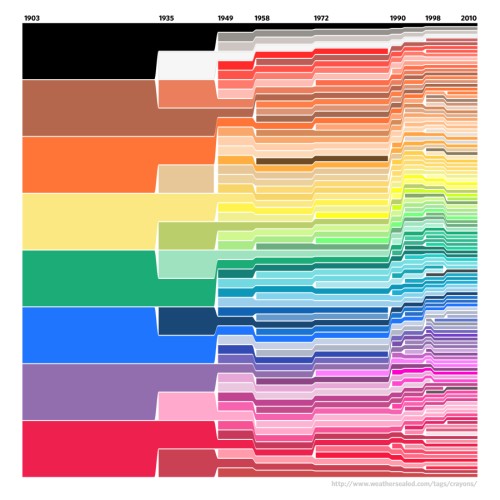 --The history of Crayolas, via Weather Sealed. Man I remember how big that "64" box looked, with built-in sharpener... I was surprised to go back to it years later and find out it was only 64 crayons and not 128. Tried out "Wii Fit Plus" last night. The "flap your arms to fly, lean in to steer" minigame is kind of magical/dreamy... still kind of skeptical about the game as a workout though, they don't chain exercises very well I think.

George Lakoff, a linguist, memorably described a noun class of Dyirbal (spoken in north-eastern Australia) as including "women, fire and dangerous things"

The world is my piñata. I don't hit it with a stick; I grab that fucker and shake it for all it's worth.