history
(2 comments)
May 2, 2010
So yesterday Amber, Kjersten, JZ, his gal Michelle, her dog Moose, and I formed Team Angry! Manatee for the second Hub Crawl organized by my former housemate Miller. The hubcrawl is a photohunt (like a scavenger hunt but you don't scavange per se, you just take pictures) with a little bit of puzzle solving for flavoring. You get bonus points for having more team members in the photo... 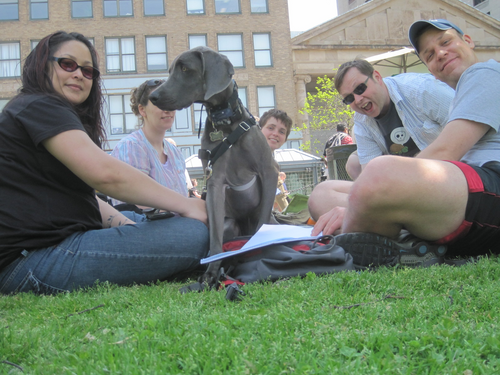 After solving most of the puzzles as a group, we decided to split up to try and get more photo coverage, so mostly I was walking around Beacon Hill, the Common, and the Public Garden with Amber and Kjersten. Here we are in front of a "Civil War Memorial". 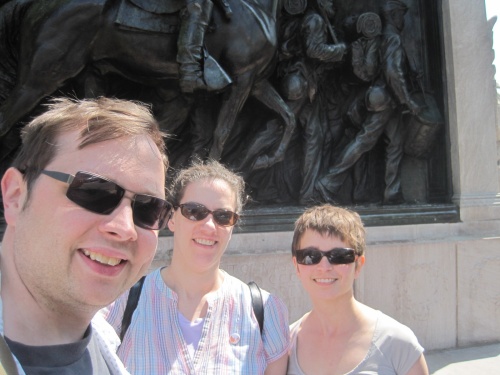 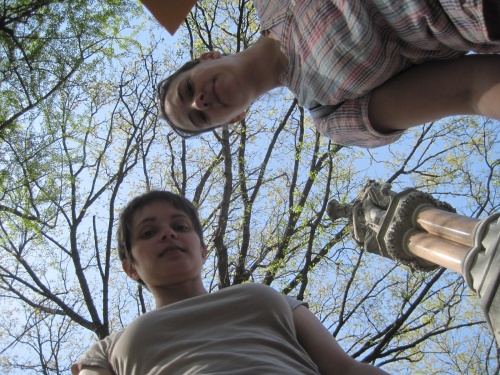 "A parking ticket". I bought one of those weird tripods with flexible legs that can kind of cling to posts and other things, and learned how to use the self-timer on my camera. It led to some funky angles sometimes. 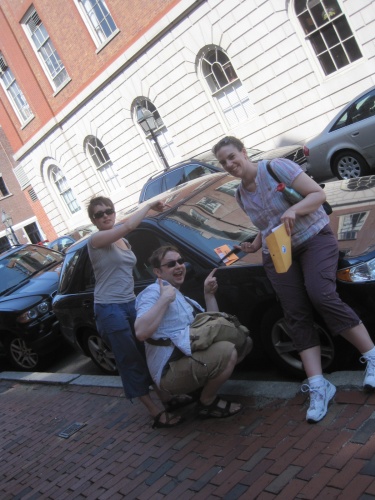 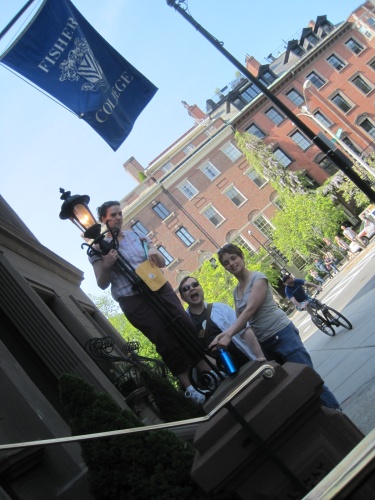 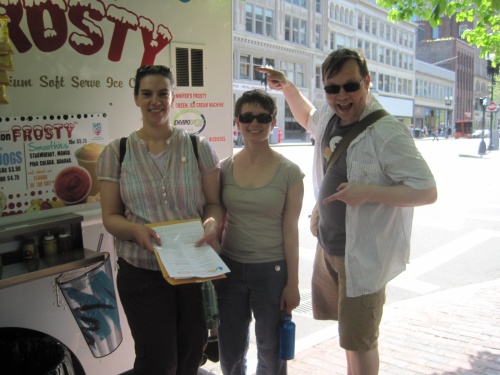 "statue of a can of worms" 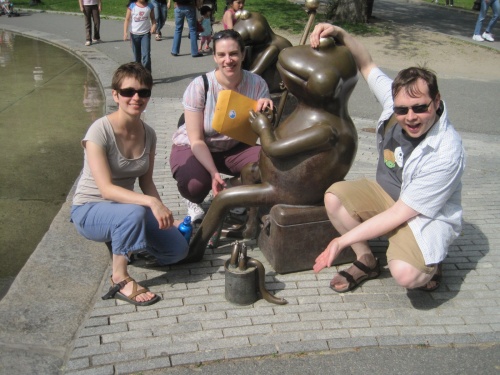 The puzzles were used to locate tokens, stickers that were placed (sparingly) at various points on the Hub Crawl course. This one at Government Center was pretty devious. 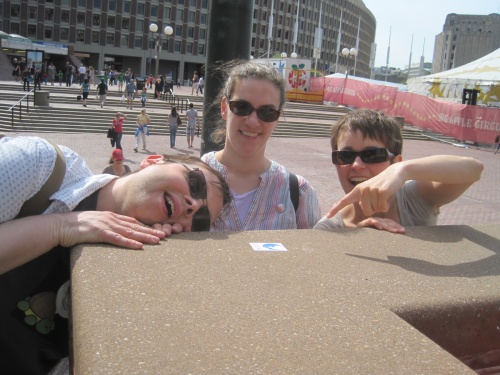 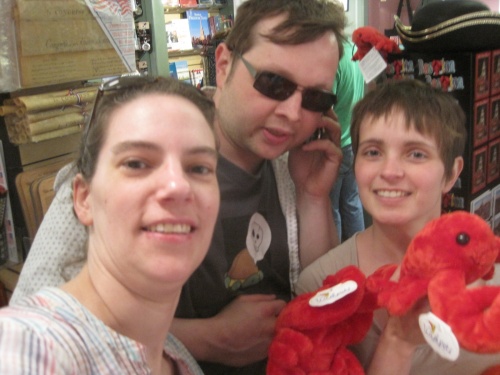 We made a so-so showing, but were pretty heavily penalized for having an "oversized" team. Not that having 5 people instead of 4 was a big advantage, Miller just thought 4 was the size he was aiming for. And in the end, it was another friend of mine, Sarah, whose team triumphed. 'Til this day, Sarah's teams had been "always the bridesmaid" when it came to winning Miller's events, so she was a little happy at China Perl where about have the people congregated after, to socialize and hear the final tallies. 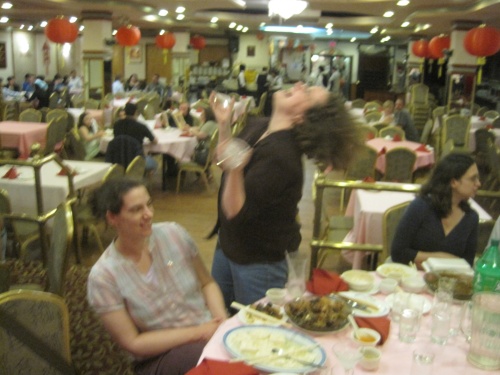 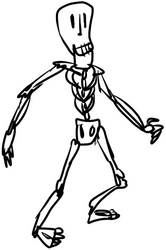 Memorial Drive is taken over by Walk for Hunger. Which is cool and all, but the ice cream truck at one end seems a little out of place.