who watches the (hawk) watchmen

May 24, 2010
There's a hawk nest with a family on a building near the roadway at Fresh Pond, near Alewife... here's a quick photo Amber took from the car: 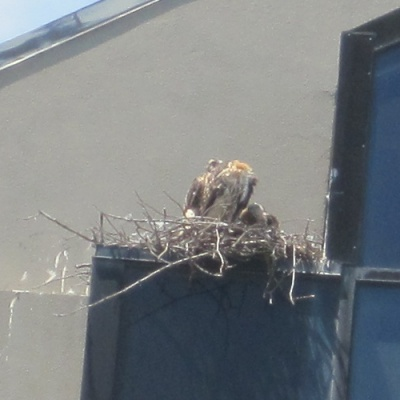 The thing is, there are all kinds of birdwatchers with crazy telephoto lenses. But Amber was mostly amused by the guy who turned his camera around to take a picture of the birdwatchers 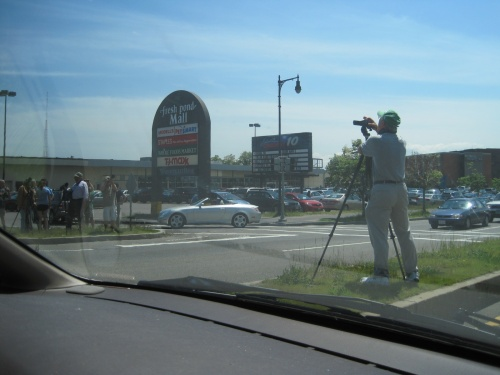 I respect faith, but doubt is what gets you an education. 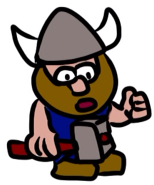 The Apple Store "Genius Bar" is itself kinda genius-y. Where else to go to get the bellybutton lint scraped out of an iPhone's headphone jack? (It was messing with the mic.) It definitely adds to the power of the brand. http://boyslife.org/features/4560/olympic-mascots-through-the-years/ - there really needs to be an Olympic Mascot Fighting Game. So odd to see ads around for "The Sportsman's Guide". I ported their website once upon a time... http://kisrael.com/2008/05/06/