July 19, 2010
(WARNING: A LITTLE CUSSING)
--Before this Mel Gibson thing gets totally played out.

Man, I kind of liked him in Lethal Weapon. http://gizmodo.com/5590327/windows-phone-7-in-depth-a-fresh-start - I doubt I'll like the phone, but I like the idea of MS's clean "authentically digital" design vs Apple's Apple's skeuomorphic trend.

No joke: I just received a junk e-mail from "Rhett Butler" but frankly my dear, I won't read his spam.

y'know my beetle photo yesterday looks a bit like Prodigy's "Fat of the Land" album cover. 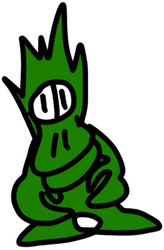