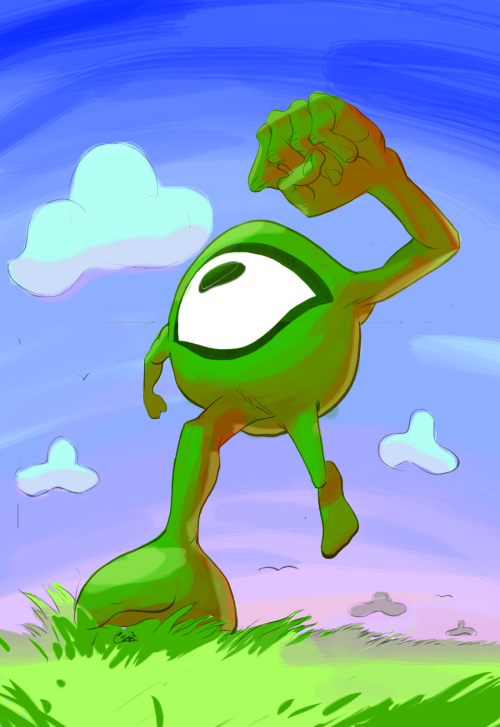 --Portrait of Alien Bill I comissioned from HARVEYJAMES... Check out the other stuff from this batch he did. HOW THE MIND WORKS FOR DUMMIES (by Amber M and Kirk I, 2010):

It's complicated. You wouldn't understand. THE END.

It was to Forks that I now exiled myself-an action that I took with great horror. I detested Forks.

That's from the first few pages of Twilight, I stopped reading shortly thereafter. I mean, I'm not quite sure she knows what "exile" means... surprised they couldn't find an editor for Stephanie Meyer.

Ballmer and the MS Response to the iPad - He says it's Windows(TM) for the "Slates". OK, that's fair, but funnily enough, avoiding windows (no TM) is a UI strength of the iPad. http://en.wikipedia.org/wiki/Damon_Runyon - whoa -- Damon "Guys and Dolls" Runyon helped invent the Roller Derby as we know it! The glass spiral staircase at the Boston Apple store: 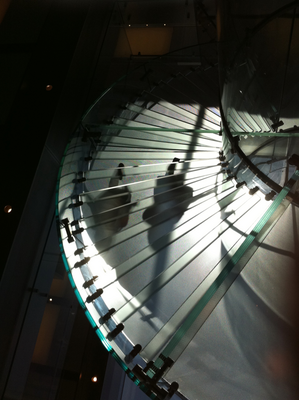 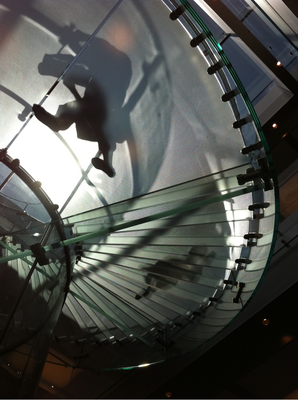 Damn it I forget how much more effective and less distracting my energetic work "!psyched" playlist is that my other playlists.