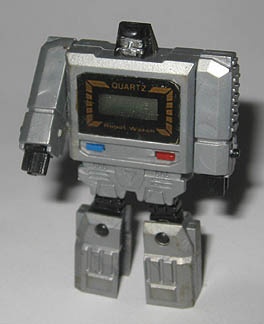 Today on my own version of "Hey, Remember the 80s?" it's -- Kronoform watches! Man were these things awesome. They were Transformer-ish, but not offically Autobot or Decepticon or anything... they were just a cool way to bring a toy into school, since hey, you can have a watch, right? (Sigh. Kids these days. They'll barely know what a watch was, we've evolved from pocketwatches to wristwatches back to big pocketwatches that can also radio call anyone in the world and watch tv and play all your records and stuff. Not a bad trade-off, actually. 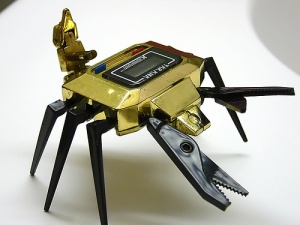 I think this is the one I had, "Scorpia" (according to this list of different types. I think it was so evocative for me because it seemed "real" in a sci-fi way; I mean, people-ish robots aren't watch-sized, but a robot scorpion totally would be -- and it wouldn't have to have a full AI, you could just give it the equivalent of a robot's brain and have it do some spy work or something... or maybe just frighten the bejeebers out of your teachers. 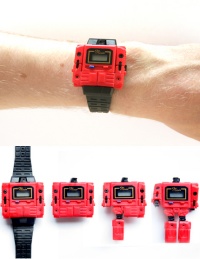