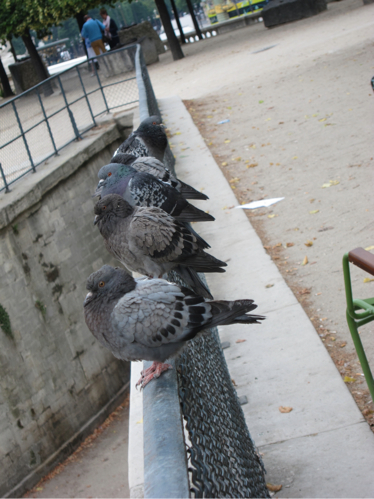 Paris has some mean looking pigeons including these bruisers near the L'Orangerie. 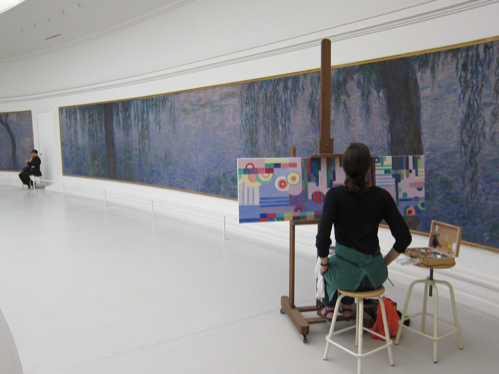 L'Orangerie, the old greenhouse for the Louvre, has two magnificent oval rooms for viewing Monet's Waterlilies. Here an artist was painting a work in the second room. The work appears to be some kind of Impression of Impressionism, sharing the colors but damn little of the form. Metaimpressionism? 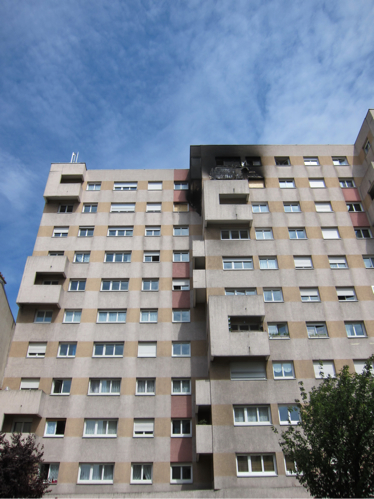 Near Belleville, Amber noticed this rather scorched apartment building. 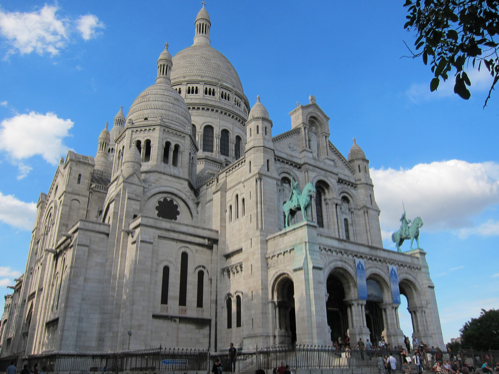 After a rest, we headed out to Sacre-Coeur. Pretty! 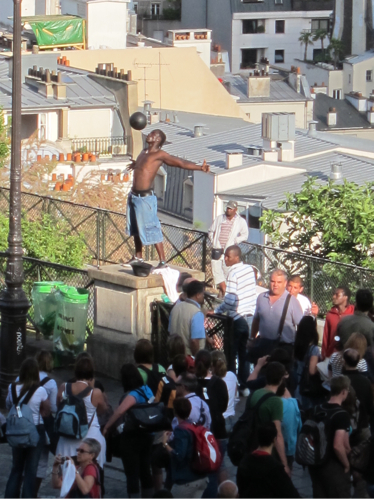 It was probably the most tourist-y space we went to save the Louvre... a ton of street performers, including this guy doing tricks and acrobatics with a black soccer ball or somesuch. 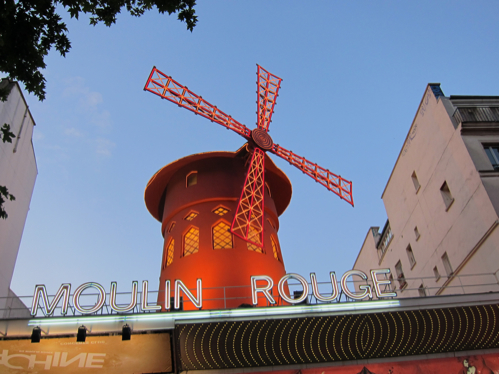 I'm sure someone has pointed out the poetically just descent from the Sacred to the Profane, going from the basilica at the peak down to the Red Light District. Here is the famous Moulin Rouge windmill, though the shot is a little off because it's not night. 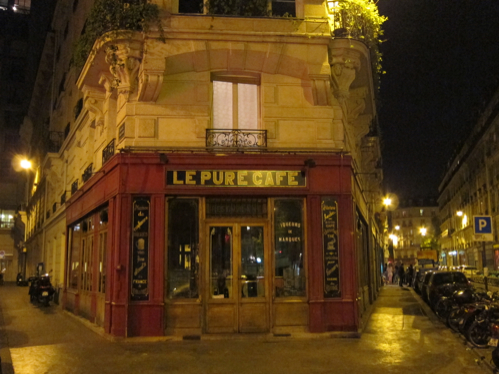 Finally, back to our temporary home away from home for a final night. We had one meal here at Le Pure Cafe, and drinks another night. Talk about picturesque... during the day today the street had been blocked off for a full film crew with crazy lighting rigs and stinky generator trucks filming at tables in front.