tuba or not tuba

history
(1 comment)
January 8, 2012
Bought a tuba last night! Or rather a Sousaphone, specifically an model tuned to Eb (a bit higher than the Bb I'm a little more used to.) I need to get the third valve repaired, but the price was right, mid-200s. Craiglist can be like magic sometimes.

These were the photos that sold me... 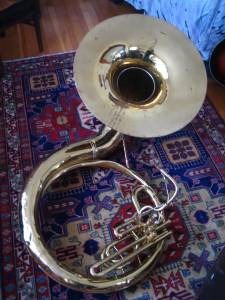 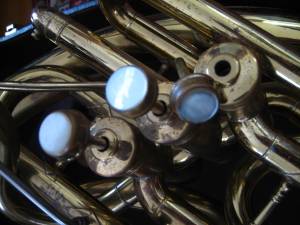 Who can resist photos like that? Well despite the broken valve button. (The other photos showed off the rather nice case it came with.)

I dunno, I really never really loved the concert band music where I think most of the tuba openings might be. In retrospect, my favorite music to play was the dumb, simple, fun stuff of marching band and pep band, not the more stuffy pieces of concert bands and orchestras. Romney talking about the last years being "a detour not a destination" - GOP playing on bad memory, how the mess started way before Obama. Broncos do one of those "12th Man" shticks? I'd assume Denver's real 12th Man was the altitude and lack of oxygen. 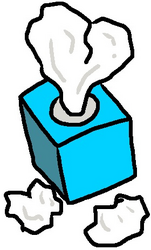 But hail Vishnu, just in case.