These delightful illustrations are redrawn from Larry S. Todd's story appearing in the now-anachronistic Body Armor: 2000 collection edited by Joe Haldeman and published by Ace Science Fiction in 1986. Note the resemblance between Todd's early and the armored fighting suits of Kow Yokoyama's Maschinen Krieger universe.

That page has a few more, and slightly larger images, but as a kid I loved these first three the most (after the mechs get all nano-tech looking and blobby.) 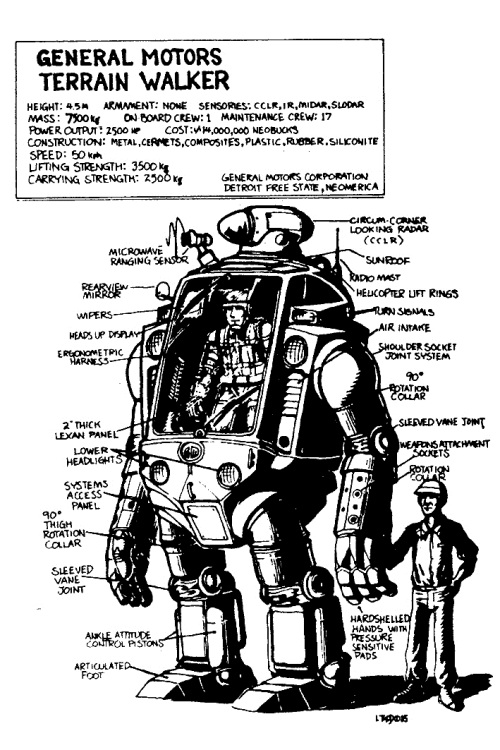 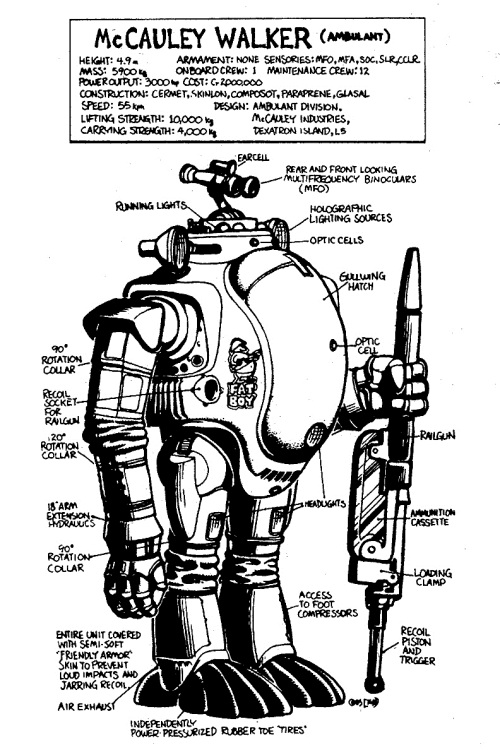 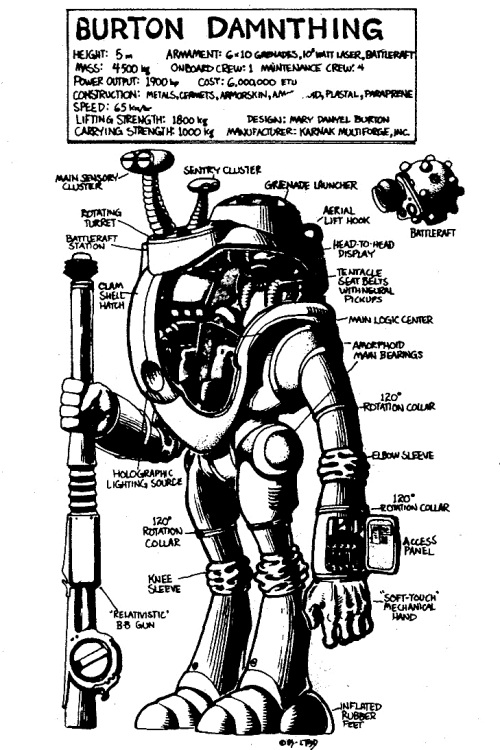 There's a lot of other interesting stuff on ragan's site. http://mightygodking.com/index.php/2012/03/05/the-politics-of-star-wars/ - Star Wars' roots in Nixon and Vietnam. (And how Americans always think they're the good guys.)

Your solemn ass from the cow counties, who don't know the Constitution from the Lord's Prayer [...]