advent day 13
Dialog between me and Amber last night, after I described my evening using Emoji. It's a challenging narrative form! 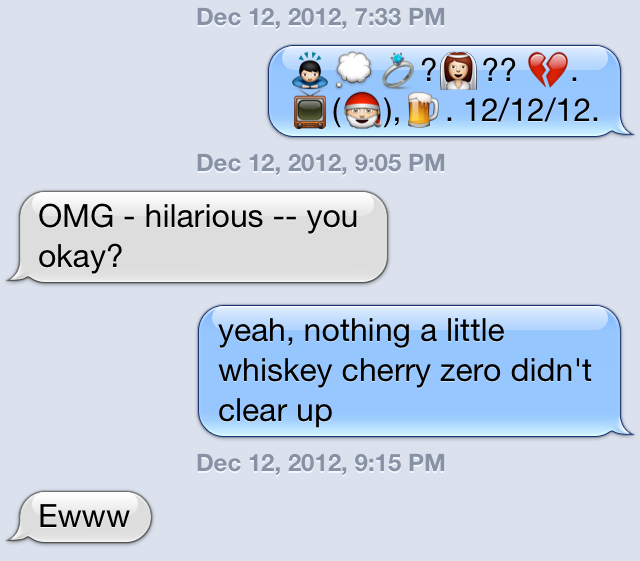 Every once in a while I hear "not information dense" as a critique of a UI. (Win8 or iOS). Man, that is backwards thinking in my book.

JIM HENSON: I think Ms. Rand and my character Oscar the Grouch would have a lot to talk about actually. I am laughing out loud at this idea.

AYN RAND: Why would I want to talk to him. What has he achieved or trying to achieve.

JIM HENSON: He has achieved what I think is the ultimate goal of your way of thinking. Isolation. Contempt for others. A hard heart. Yet even he can muster a bit of empathy every now and then.

AYN RAND: I am not isolated. I have no contempt for others. Millions of people read my books and find my thoughts inspirational. I hardly spend my time on the sidelines in a trash can grumping.

JIM HENSON: Not yet anyway.

Sometimes I really think Ayn Rand sounds like a parody of herself. A burnt out and destroyed Detroit high school, then and now. Haunting!

Anyone who acts without paying attention to what he is doing is wasting his life. I'd go so far as to say that life is denied by lack of attention, whether it be to cleaning windows or trying to write a masterpiece.