travelart
August 26, 2013
A more chilled day, taking in some museums.


Riana has major food from the woods mojo. We had a couple terrific meals of that Chicken of the Woods mushroom and kale she had from her friend's garden.


The Alaska State Museum had an exhibit of local artists facing various developmental challenges. These birds were by Maryann James. Her placard said, in part:

The birds have stories. Birds say "tweet, tweet" and drink water.
Tell them [people coming to the show] that I say "water", "owl", "shark", and "heaven".
I like when people say "good job".


The state museum also had a lot about the Tlingit who were in this land way before white folks. I liked this frog hat.


Lighthouse Fresnel lens. I took some footage for my "One Second Everyday", and accidentally had the camera light on, and it came out really cool:

Finally, a big piece of machinery at the Last Chance Mining Museum. I took in the place and chilled while Riana went on another very vertical hike. Later we went to our B+Bs social hour and then the jacuzzi.


With EB and his two daughters yesterday-- we followed the fine Rockport tradition of going down to the waterfront and sketching and painting. I'm not sure if I've ever tried to do a landscape before... moderately pleased with the results. 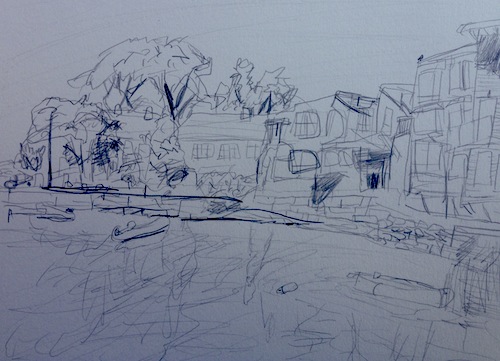 Photo of the same scene: 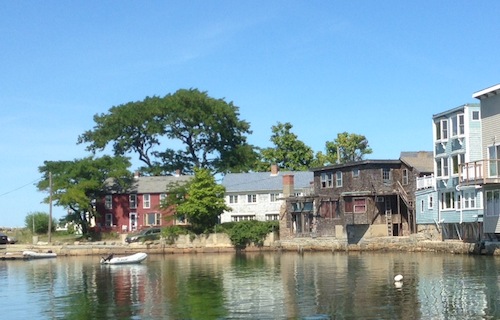