art
I was coding some Processing (for my Advent Calendar) on the T and a gentleman by the name of Jonathan Feinberg happened to sit next to me and comment that he doesn't see much Processing hacking on the T. http://mrfeinberg.com - he's been involved in Processing.py and some other cool stuff like http://www.wordle.net/ and had a link to http://whiteglovetracking.com/ , crowdsourcing tracing Michael Jackson's Billy Jean glove and making art from that data.

I have to rethink my morning strategy of "huddle in a corner of the car" when hacking on T... when I CAN find a seat and thus code on the evening commute, I've had a higher percentage of chances to talk about Processing and programming in general. My "two favorites" from last night drawing class... 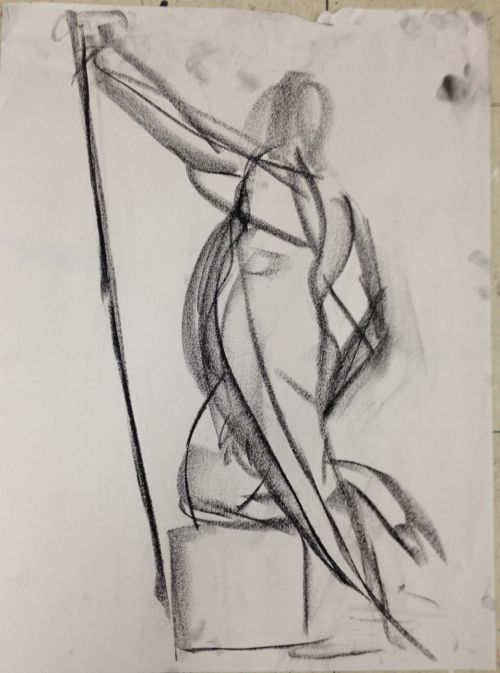 I liked this < 1 minute gesture drawing, though the instructor Doug thinks my multiple line betrays a lack of confidence.

Doug showed us Picasso, and in general was encouraging us to draw less. One result: 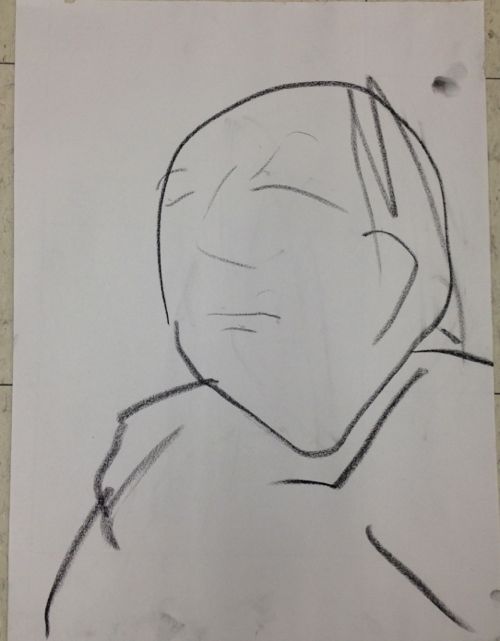 Doug praised the courage of the minimalist hair (especially in comparison to big blobs of dark for hair in some of the other pieces) but now that I think about it I might have stolen it from Homer Simpson.

I got permission to show this work. I like it because it's so similar to but so different than mine: 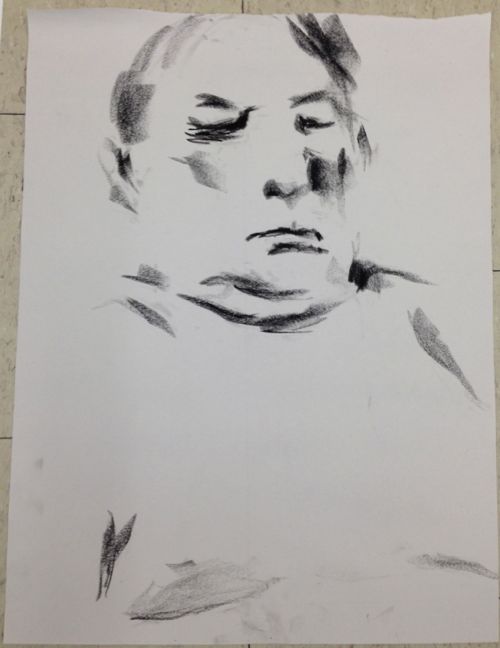 Among other differences, the artist has much better control over her charcoal than I do.

I ended up being a little discouraged by the evening. Doug is encouraging us to get off just aiming for realism as the final goal, but I'm not sure I have enough chops to pull off so much lessness, or that I like the results as much.