cool
October 8, 2013
In the mid-to-late 90s, back when "Buck-A-Book" roamed the earth, I found an odd relic of the 80s, "How to Win at Video Games", "By the Editors of Consumer Guide". (I assume some kind of competitor to Consumer Reports). What makes it great is that each game gets its own individual artistic treatment, usually going pretty far afield from the original game art (or even the stuff on the sides of arcade cabinet) and with heavy use of collage, like with this rider and mount from Joust: 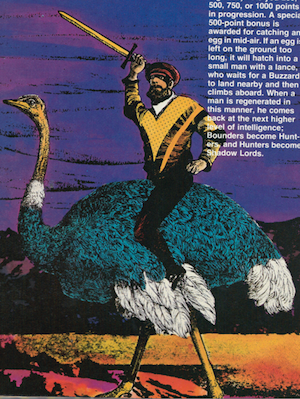 Anyway, when I hosted indie gaming hero Anna Anthropy, she agreed to host this thing at the annarchive (which has other great examples of "off spec" video game art from when they were just games, not "retro" games. I scanned in the thing, and you can see the results under "Guides/Hints" on the front page.

Anyway, my favorite page by far was the one for the game Tron where they put the game of the game with a cool glowing CRT effect: 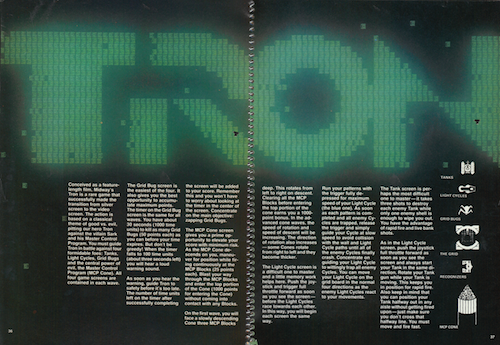 Made up of hundreds of little tanks: 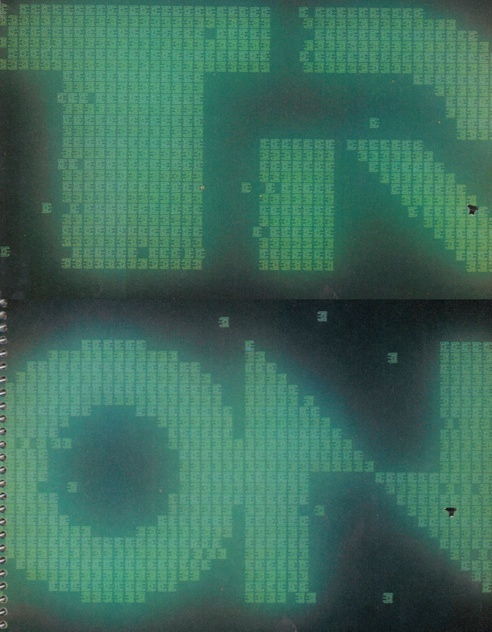 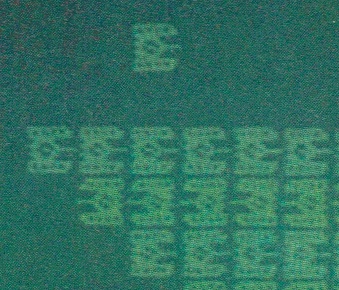 That's so great. I wonder how they made those? Did they make up a computer program? Or somehow fake the glow-y, pixel-y look?

REMINDER: The GOP considers funding the government and not destroying the economy a concession. http://bit.ly/GJVn8g

Hey Tantrum Party Republicans and Libertarians in general... THIS IS WHY WE HAVE A GOVERNMENT: http://www.wired.com/wiredscience/2013/10/shutdown-salmonella/
You can not trust business to regulate themselves, and many people will suffer before the wheels of the market weed it out, assuming it can at all. Sometimes I want to get a tattoo on my forearm that says "What the Universe Owes You: 0" so I can look at it when I'm ready to rage against the (malfunctioning, or incompetently designed) machine.