sunday dash for london and home

travel
October 21, 2013
Finishing off London with another mad dash, not helped by having almost the whole dang Northern Line being closed, and then bus stops randomly shut down. We hit the New Globe Theater, Camden Markets, and the British Museum before heading off to Heathrow.


The Blackfriar's Railway Bridge, and the columns of the old one next to it.


We were on our way to the Globe Theather, where we had some time in the exhibits before the tour. These are a type of shoe called "Chopines", originally met to keep ladies out of the muck. I think the style is long due for a comeback!


click for larger
Panoramic shot from the galleries of The New Globe theater.


The buildings on the roads near Camden Markets had some cool stuff.


click for larger
So we were just barely able to squeeze the British Museum in there... its Great Hall is amazing, I love the effect of the frosted glass over a vast area.


Also: torosos. I dig torsos. I'd like to think my drawing class gives me more appreciation of them, but... torsos. 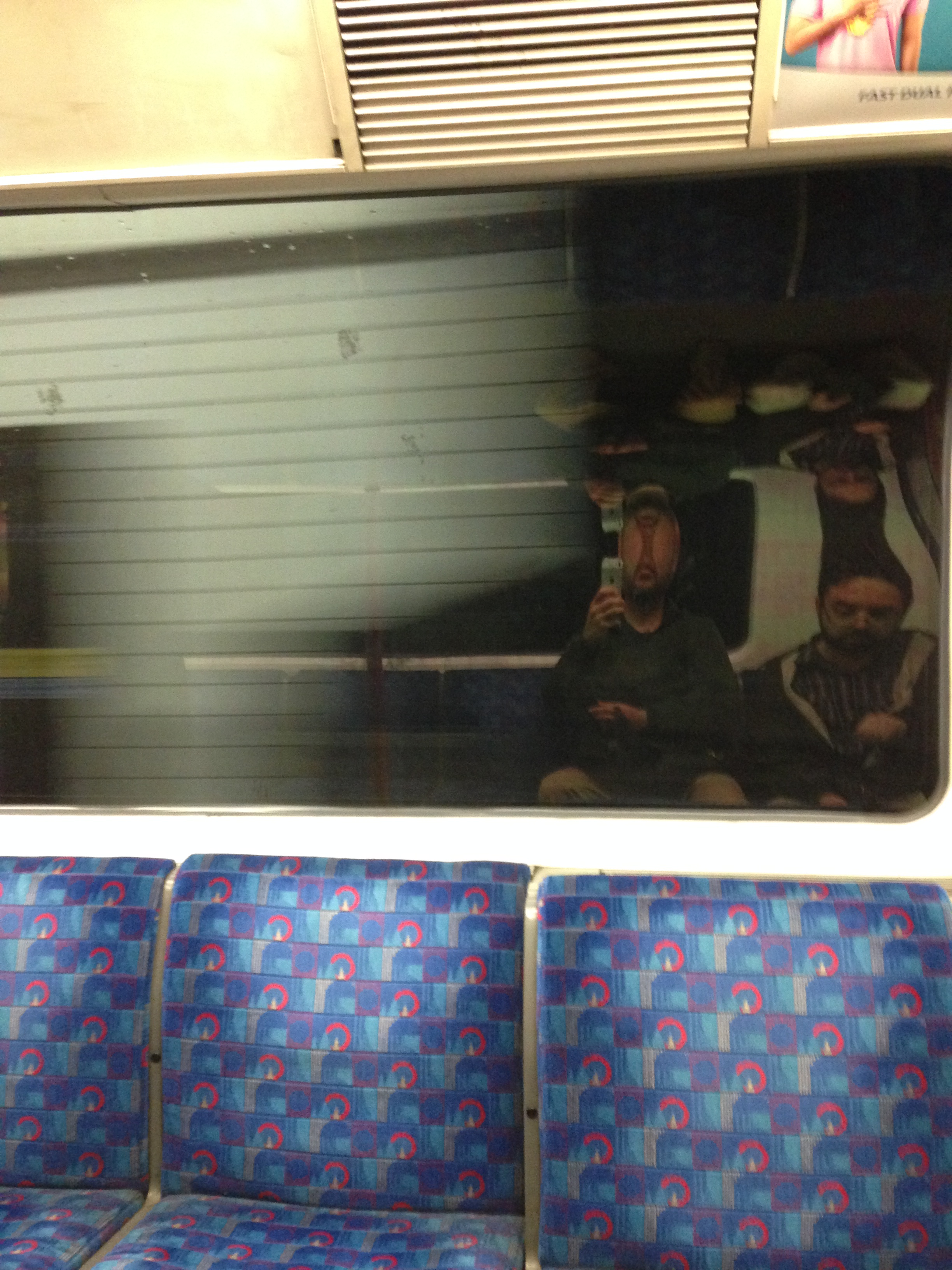 Don't think this reflection shot on the Tube was taken at the very end of the weekend, but it pretty much looks how Nick and I felt.

'And what could be smaller than something that *doesn't exist*?' 'Whoa, whoa there, Saint Augustine!'

Animated GIFs before there were computers Haha, Sound FX from Atari 2600 Donkey Kong ride again... so funny to hear in the safety video on British Airways.

I have nothing to say, and I am saying it.

We both came to live in this modern city. Are we not B(3) Middle people? Even your excrement would have proper market value if packaged properly.