art
"Fasted" yesterday, keeping to under 600 calories for the day.
It wasn't too awful, though I could kind of feel my body panicking a little.
Today I get to enjoy a 2+ lb drop, though that's pretty common to any early days of a diet.
Could not keep that stupid (and inaccurate) line about "why do they call them fasts when they seem to go so slow?" out of my head.
It's common to make facile "just so" stories about why diets might be effective, usually with insufficient scientific backing, but still I like the "just so" story I made/heard for this one: the inner hunter-gatherer experiences a majority of decent days, 5 out of 7, so it doesn't switch the body into "starvation", grab-every-calorie mode. But every day is not as bountiful, so the urge to lay on the excess in the warehouse as fat is less as well-- those calories are apparently needed by the metabolism here and now, for this odd strong minority of bad hunting/gathering days.
I also learned that (some?) Mormons fast monthly, and are encouraged to give the money not spent on food to charity. The Mormon I learned this from says he often feels really alert and focused on Fasting days. This ties in well with that "Just So" story, the body hunter-gatherer thinks it has to up its game for that day. Figure drawing class last night. Y'know, the pose the model strikes really influences how much I like the result. I suppose the subjective attractiveness of the model does as well, though I'm not sure if I'm supposed to admit that. I like the way I got the line of the calf in the first one. 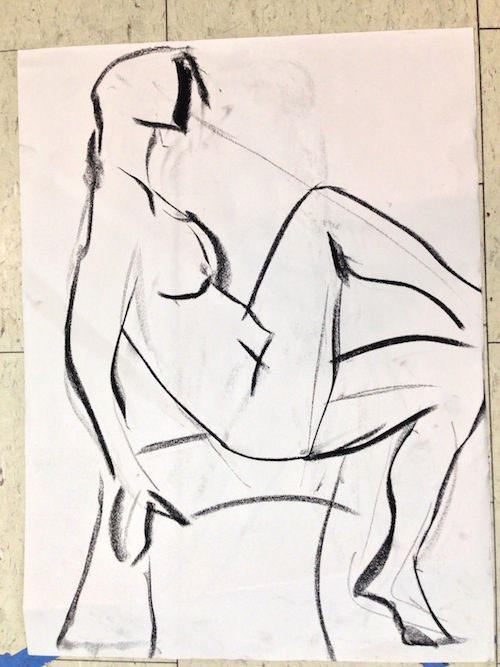 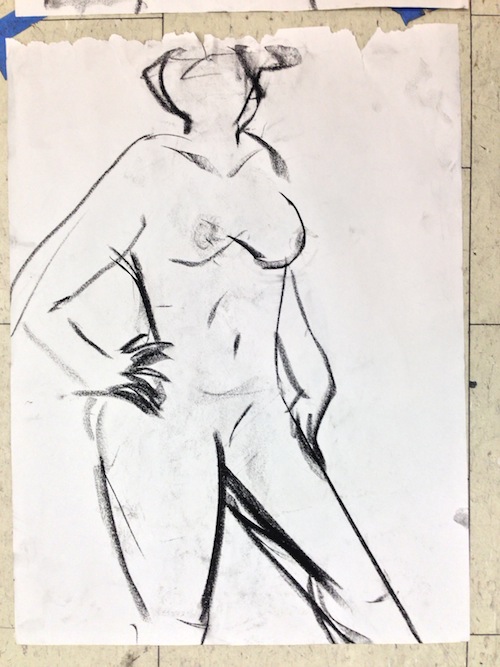 How To Build a Happier Brain A new book on how are brains are a bit wired for negativity, but there's hope...