household hint (because you know I'm just a font of those): using 4 oversized rubber bands, one on each corner of the duvet and its cover, has revolutionized my sleeping life. it even stops the blanket on top that used to get thrown off during the night from winding up on the floor. Bed Bath & Below has some little holder clamp things for inside the corners, not sure of it would be an improvement; the elasticized corners are fairly inobtrusive already.

The solution to impostor syndrome is to accept that you are in fact a fraud and just get on with it.

playlist
April 2, 2014
An OK month for music. Video wise, Turn Down For What and the Pomplamoose Pharrell Mashup are definitely worth checking out.

Reverse chronological order for these, which is the way I listen to 'em. Michael Jackson would lay out tracks a cappella...

Dreamt of being chased by a were-rhino. Later I asked her in her human form why; I guess I had been carrying beer. Amazing accent tour of the British Isles-- amazing skills-- I've heard similar performances, but mapping it to the geography was great.
http://the-toast.net/2014/04/02/alien-erotica/ Human Erotica by a squicked out alien Fasting evening. Trying to convince self that "self righteousness" is nearly as delicious as leftover pizza from last night would be. I really hope some one looks at the stats at the gap between "Skip This Ad" availability and click for particular preroll youtube ads.

Jaws offers a more interesting spin on the tuba-villain connection. It's not what you're thinking: that two-note, lurking, bah-dum... bah-dum ...is played by string basses, not tuba. But composer John Williams did give the tuba the melody in the shark's theme. You have to listen for it, and it may not immediately strike you as a tuba because it's written in a very high register. In fact, Tommy Johnson, the tubist who played for Jaws and many Hollywood soundtracks (and also played those four losing notes on The Price is Right), asked John Williams why he didn't write the part for French horn. Williams answered that he wanted a "more threatening" sound. So there you have it--one of the most popularly recognized composers today hears menace in the tuba.

It's interesting that those 4 notes from "Price is Right" is often notated "Sad Trombone" not "Sad Tuba". 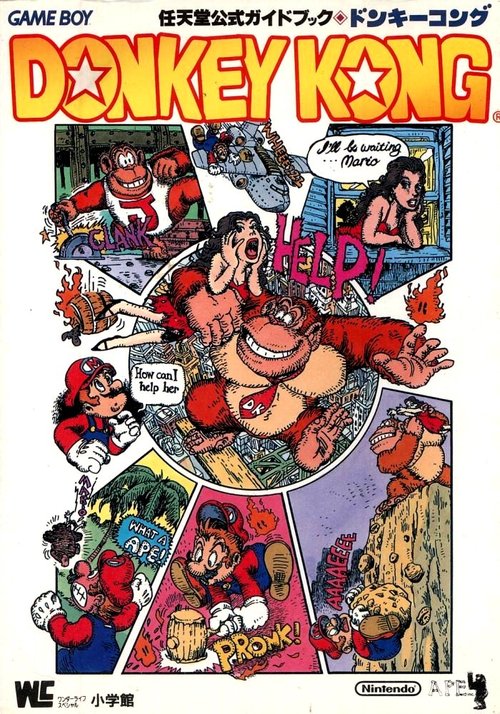 http://www.lostinmobile.com/home/lim-reader-interviews-kirk-israel Haha, in my "reader interview" at Lost in Mobile I managed to plug both The Jamaica Plain Honk Band﻿ and The Exploding Voids﻿... Kirktrivia -- for years I've vaguely been wondering about this one organizer I had before I had senior year of college. I couldn't quite remember the name or the brand, but I remembered the color scheme, and that it was flat and had a "clip in frame" that let it ride easily in a 3 ring binder... turns out it was the Texas Instruments PS-9500 TimeRunner (with optional PS-9010 Clip-In Frame, natch) 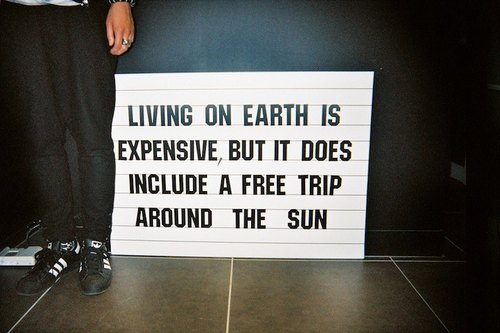 I admit I kind of want a phone that looks like this: 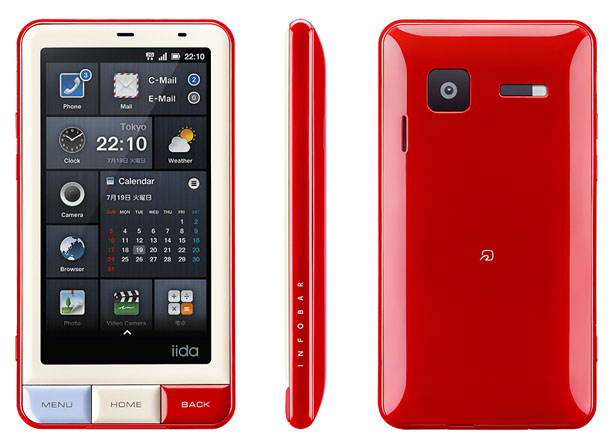 Interesting article from Cracked, 4 Benefits of Your Job That Are More Important Than Money. I know some of the appeal is "I Want To Believe", but I think there might be more to it than that.

Dropping off a friend in Montpellier, VT-- by kismet a production of "Our Town", a play I've been meaning to see, is being put on by the local Lost Nation Theater company, so I'll get home a little later but culturally richer.

"Mama, just for a moment we're happy. Let's really look at one another!...I can't. I can't go on.It goes so fast. We don't have time to look at one another. I didn't realize. So all that was going on and we never noticed. Take me back -- up the hill -- to my grave. But first: Wait! One more look. Good-bye, Good-bye world. Good-bye, Grover's Corners....Mama and Papa. Good-bye to clocks ticking....and Mama's sunflowers. And food and coffee. And new ironed dresses and hot baths....and sleeping and waking up. Oh, earth,you are too wonderful for anybody to realize you. Do any human beings ever realize life while they live it--every,every minute?"

There's a strong parallel with the ending of "American Beauty"

More often than we think, it is better to be kind than to be right.

death and taxes -- help on one of those 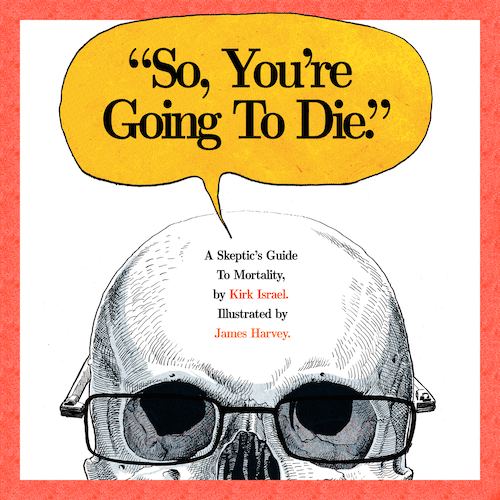 April 15 "In this world nothing can be said to be certain, except death and taxes" Today we are releasing an online comic to help you deal with one of those: http://SoYoureGoingToDie.com , "the Skeptical Nerd's Comic Guide to Coping with Your Own Mortality".

It's beautifully illustrated by UK artist James Harvey, and has 8 small chapters, each one presenting a different way of coping with the fact that some day, for each of us, This Ends. Everyone has to make their own peace with that, but over the years I've had people write to me that the ideas here, now newly illustrated, are legitimately comforting.

We're trying to generate attention for this work, both because we know seeing it in its current web format can be useful to people who don't feel certain of a hereafter and because we'd like to pursue some print publishing options, so please share and pass around the link as you see fit. I just found out the old Exidy arcade game "Car Polo" exists. This is exactly the game I would have wanted to have made in that era. Car Polo: 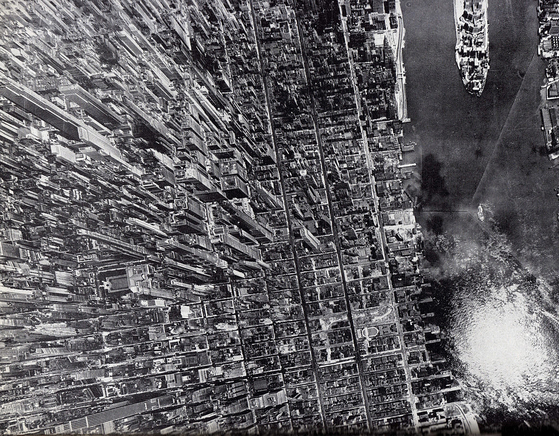 via Haha, I remember having my dad (or actually, the janitor who worked for the church my parents were assigning) "helping" with my pinewood derby car (aka doing everything)... nice to hear there's some science behind it!


I wanted to smile like an adult-- understated and careful, like I knew what was going on and had decided to smile anyway.

'Attack, Decay, Sustain, Release. Clearly this is the control panel for an army of the undead.'

I tend to be an "angsty" programmer... I get up and walk around and think a lot, and absent-mindedly, or semi-compulsively, drink whatever beverage is at hand. For this reason it occurs to me that having cans of lite beer at said hand might not be such a great idea for continued programming.

Admittedly I sent in the link myself, but it was nice to see "So, you're going to die" getting a nice write up in friendlyatheist

Man, I have never seen so many people wrestling with the (admittedly, not intuitive) MBTA card/ticket system at one time as this morning at Alewife...

I feel like every selfie is basically asking: 'Do I look sexy when I'm lonely?'

So the first thing you wanna do is get out of your wheelchair and into your walker. Now if you don't have a walker, it probably means you can actually walk - so you're already ahead of the game!

From his autotuned workout video which I liked a lot.

Man, it feels like Chrome's spelling check suggester used to be better. Not being able to suggest "anonimized" go to "anonymized" is kind of sad, and I'm tired of copy-pasting the misspelling into Google to get the right version. (PS I hate spelling. Being a phonetic thinker makes proper spelling so difficult sometimes... I think I will never get "seperate" right on the first try.)

Walked past a construction worker in Seaport- snuck a glance at the stickers festooning his hardhat, was braced for ideas I might not agree with, but foremost was a "Hardhats for Elizabeth Warren" sticker. Good lesson about not jumping to conclusions... I wonder how long I've been casually using the New England "wicked" to mean "extremely". I think at some point I may have been using it self-consciously and ironically, but now it's just a part of how I communicate.

"Hella" might be going down the same path for me... right now I'm very aware when I use it. 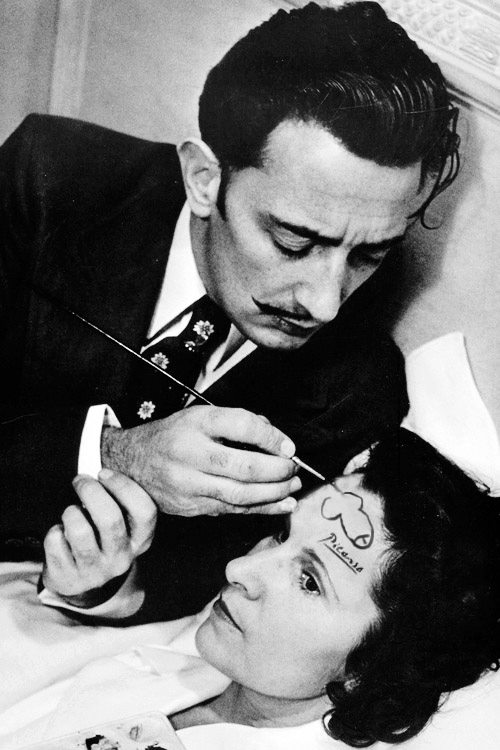 'Colonialism: When bees bust their asses to make honey, but the bottles are all shaped like bears.' tumblr gem of the day!

[Henry Ford's] ignorance was a frequent source of wonder. He believed that the earth could not support the weight placed on it by skyscrapers and that eventually cities would collapse in on themselves, as in some kind of biblical apocalypse. Engineers explained to him that a large skyscraper typically weighed about sixty thousand tons while the rock and earth excavated for the foundations would weight more like a hundred thousand tons, so that skyscrapers actually reduced the burden on the earth beneath them, but Ford was unpersuaded. He seldom let facts or logic challenge the certainty of his instincts.

Think of cocaine. In its natural form, as coca leaves, it's appealing, but not to an extent that it usually becomes a problem. But refine it, purify it, and you get a compound that hits your pleasure receptors with an unnatural intensity. That's when it becomes addictive.

Beauty has undergone a similar process, thanks to advertisers. Evolution gave us a circuit that responds to good looks-- call it the pleasure receptor for our visual cortex-- and in our natural environment, it was useful to have. But take a person with one-in-a-million skin and bone structure, add professional makeup and retouching, and you're no longer looking at beauty in its natural form. You've got pharmaceutical-grade beauty, the cocaine of good looks.

He's my new favorite scifi author-- actually, he's been my favorite since college, when I read his take on the Tower of Babel...

Stephen Hawking... found it tantalizing that we could not remember the future. But remembering the future is child's play for me now. I know what will become of my helpless, trusting babies because they are grown-ups now. I know how my closest friends will end up because so many of them are retired or dead now... To Stephen Hawking and all others younger than myself I say, 'Be patient. Your future will come to you and lie down at your feet like a dog who knows and loves you no matter what you are.

Actually, several of Chiang's works can be seen as explorations of spaces first laid out by Vonnegut (specifically, the Tralfamadorians, and "Harrison Bergeron", where everyone has to be "equalized" with artificial handicaps.)


from "God is Disappointed in You"

"God changed Jacob's name to 'Israel,' which means 'one who wrestles with God.' As far as I know, Israel is still the only nation named after a wrestler."

"Kings may have money and power on their side, priests have tradition. But, in the end, writers always win. Kings die and traditions change, but nobody outlives a book."

"Just because life is pointless, that doesn't mean you get to sit around all day moaning about it. There's still work to be done. You should help the oppressed, take care of the abandoned, and make each other happy if and when you can. Just because there's no point to any of it doesn't mean it's not the right thing to do."

Mark Russell's "God is Disappointed in You" is a straightforward (if sometimes bawdy, and a bit irreverent) book-by-book summary of the entire Bible, Old and New Testament. (That last quote is the ending of the summary of Ecclesiastes, "very possibly the first work of Existentialist philosophy.) I feel most people, even a lot of Christian Believers, have a relatively sketchy knowledge of the meat of the thing, and I'd recommend this book extremely highly. I posted it 2 years ago, but this still grabs me, resonates, reminds me of romances that didn't worked, and then didn't.

Beyond Hope of Regeneration: My Life with BASIC BASIC was an ok little language, but more importantly the 80s had this culture and hardware encouraging kids to try it out... I don't agree with all the choices, but I think the idea of presenting a software canon is a worthy one http://www.twiddla.com/ is a pretty cool free shared whiteboard site...