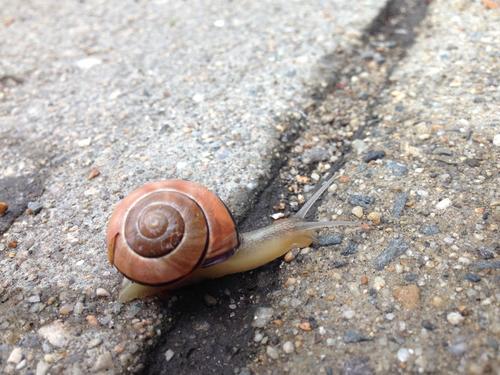 (iPhone 5 macro mode isn't half bad. Although the lens isn't up to my Canon's quality, the touchscreen helps...) The performance that Inspired the new James Brown movie. I checked out the soundtrack for the new James Brown movie on iTunes, and was kind of bummed that it was the original versions, and not remixes with a modern feel - as great as the classics are, they've been available for a while. Anyway, watch this. James Brown was the showman of the century.

At my husband's grandmother's wake my MIL took my 4 or 5 year old up to see his grandmother in the casket. Everyone was hushed, listening. He paused, looking curious. "Why is there a pillow under her head?" he demanded.
My mother in law faltered. "Ummm, so she could be comfortable," she said, trying to placate him.
He looked at her incredulously and spoke to her as if she understood nothing at all. "Grandma, she's dead. How could she be comfortable? What do you mean? You could take a chain saw and cut her up and it wouldn't matter at all." Everyone was literally speechless.

http://money.cnn.com/2014/07/31/news/companies/radioshack-future/index.html Say goodbye to Radio Shack, for reals. I'll miss it; sometimes for the odd bit of obsure electronics it was pretty great. (Not to mention for my first laptop in 1991, an hard drive free 1100 FD (haha someone put that 20 year old machine on the Internet via the serial port... https://www.youtube.com/watch?v=bs4vvUoueOE )

Now I've now started grabbing little things like that from Amazon - that's the dark allure of Amazon Prime, stopping me from having to arrange trips out for things I can wait a day or two for.

It will be really hard to convince the next generations that the name "Radio Shack" was kind of a retro thing in the 80s and after, that it wasn't quite as out of date as the juxtaposition of "radios" and "shacks" would suggest.

Also, http://www.radioshackcatalogs.com/ for all your old RS catalog nostaligia needs... I can almost smell the weird newsprint they used.