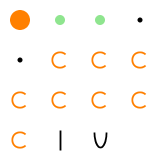 Artistically not so great, but a fun try out of my new iPhone's slo-mo.
(Elio shared this editorial about how Star Wars was terrible for Sci-Fi, with a comment saying he kind of agreed. I started a comment but it kind of turned into a 5 paragraph mini-essay so I'm promoting it to this...)


Kindred is certainly an excellent book, but a LOT more literary and less what most people think of as "sci-fi", despite time travel elements; not that I'm the "sci-fi" police, but it feels a bit more like real-history-centered fantasy.

Star Wars brought a lived-in future look that nothing else had before; even 2001 was a bit sterile (though still astounding in its world building.) Alien/Aliens probably duplicate that feel best, later. It also had a sense of myth making, and that was a (semi-) conscious attempt to give culture epic stories to refer and relate to. And it worked.

Yeah, RotJ got back into duplicating the points (daring rescue, big death star destruction) of earlier stuff, and the prequels horribly shrunk the galaxy even more than it was when "oh btw Luke Leia and Darth are family". Still the core movie brought something new.

I think the main problem with it is that it hurt a 70s culture of smaller, less noisy and more personal films. I'm reading "The Secret History of Star Wars", and it talks about how desperate the studios were, how Easy Rider pointed the way to cheap films that could appeal to the new cultural sensibilities, but that stumbled, and then Star Wars and Jaws introduced the concept of giant blockbuster.

The other thing that book mentions is at one point Lucas had the idea of semi-annual Star Wars films, with a variety of directors and stylistic imprints. Empire happened, but was a combination of so fraught for Lucas, or something, that he retook control, and then started making his own "oh yeah I had this planned out all along" BS-myth. I have hopes that this JJ Abrams-led thing, and some set of spin-offs, might actually be more true to this spirit of neo-serials than what Lucas came up with later.