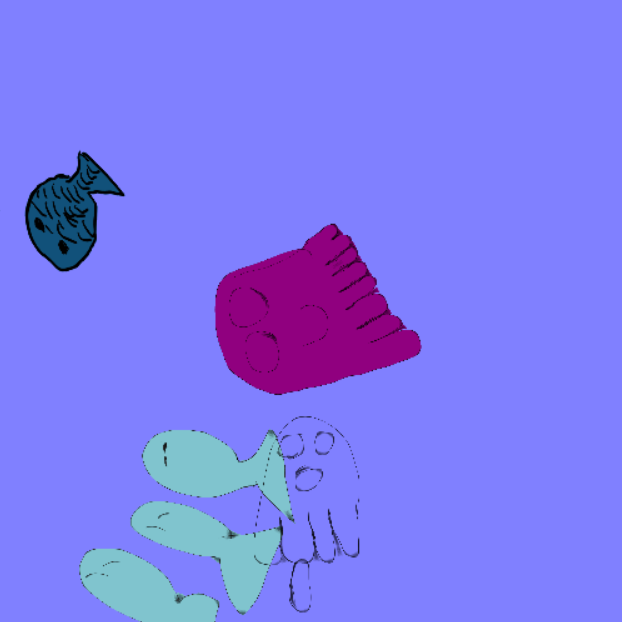 underseetoo
While collaborating with EB's older daughter, the younger (Kindergarten age) wanted in on things, and worked a bit more independently to provide the source art. Hers features an octopus and a ghost with a popsicle stick. The direction she provided for the critter movement was more organic than her sister's, but probably because I was less trying to make it a pedagogical event. I have a song I just ripped from an old mix tape - Leprosy by "Eu-Four-Ia" (I think). I can't find it anywhere else online - the tape was from a bunch of Dr. Demento songs Major Schenk​ made for my dad when was sick.

What's the best way to put in online? If I put it on Youtube and someone complained, would my whole account be at risk, or could I just remove the offending material? Or is there another place to go?

Most of the other ones I can find around, but not that version of Leprosy (they weren't the only ones to make the same kind of parody of "Yesterday")

This tape was pretty influential to me growing up... thanks Major Tom!