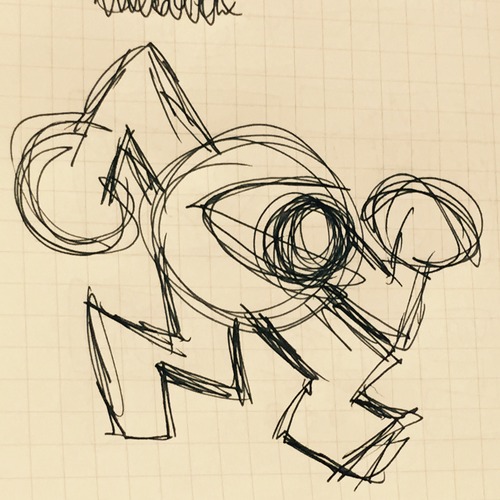 I like making Alien Bill a bit thicker; he looks less like that usurper from Monsters Inc... I love wikipedia pages that show the scars of edit wars:

In recent years, sousaphones have been available made of fiberglass reinforced plastics instead of brass. Today, the fiberglass versions are mainly used for marching, with brass instruments being used for all other situations. Depending on the model, the fiberglass version normally does not have as dark and rich a tone as the brass (King fiberglass sousaphones tended to have smooth fiberglass and a tone somewhat more like a brass sousaphone; Conn fiberglass sousaphones often had rough fiberglass exteriors and a thinner sound; the Conn was also lighter). Regardless, fiberglass sousaphones are lighter than their brass counterparts and work well for smaller players who could not otherwise play the heavy brass instruments in a marching band. Although the tone of fiberglass models tends to be thinner and less "warm" (earning them the nicknames "Plastic Bugle", "White Trash", "Toilet Bowl", and "Tupperware" among players in some ensembles), it is considered acceptable by the high schools in which the instrument is most common due to the tradeoff in durability, cost, and weight.

I'm tempted to add a "citation needed" to that nickname bit... I do dislike that type of snobbery.