project
Thinking about the "Freedom Caucus" that is stopping the Republicans from having an orderly transition of Speaker of the House. In my naive understanding, it seems a bit like a parliamentary system where there are multiple parties and the need for coalition governments: Republicans have 247 seats (vs Democrats' 188) but since 42 of them are "Freedom Caucus" they have veto power over some things that need a majority of Congress (218) to run. (It would be even more ironic if Republicans minus FC was less than Democrats, but since the 2015 election that's not the case.)

Lets hope the "Freedom Caucus" doesn't get much more power. They're willing to trash the economy with their debt ceiling terrorism. from my FB post:
The PVC scaffolding for the JP Honk hoop banner underwent a major upgrade, thanks to Tuba Honker Kirk and his buddy "'EB". Instead of just being 2 loooong poles and 2 short ones making a rectangle to hang the hoops on (see last years picture below) the new design comes apart, with two fold out bits (kind of like the stand for a tv tray) and two shorter connecting pipes. It should be a lot easier to travel with, a bit sturdier, it can be carried by two people or maybe even one, and should do a better job of standing on its own when the band isn't on the march. 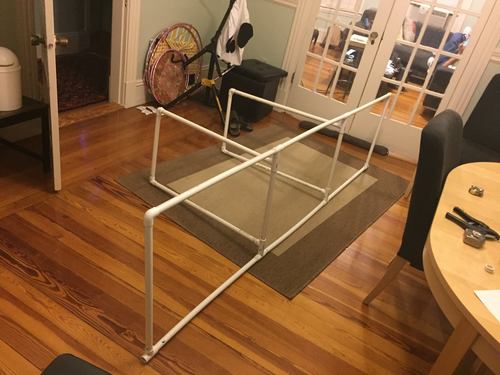 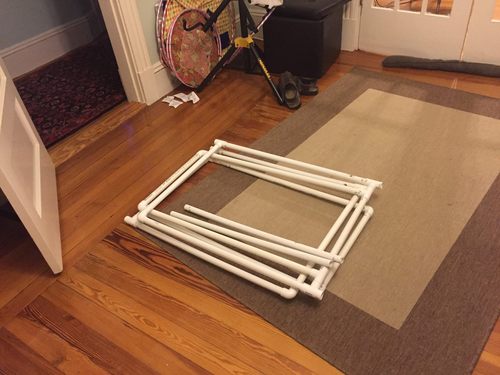 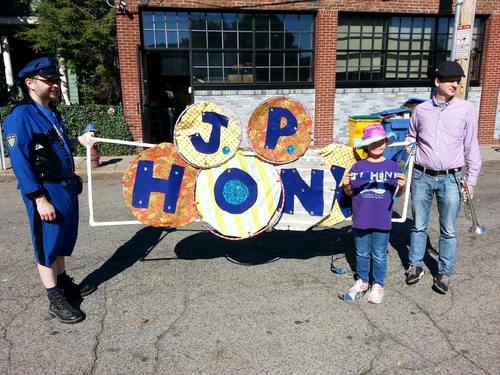