media
January 6, 2016
The media I consumed in 2015.
This year I added the trick of showing if the total for the category was higher or lower than 2014 year, and by how much. Fewer books than last year which is a bit worrisome, but meh.


Movies on Video (33 (+10))
The Interview, Bill Burr: I'm Sorry You Feel That Way, Dredd, Star Trek Into Darkness, Bruno, Jackass Number Two, Blowin' Smoke, Eternal Sunshine of the Spotless Mind, Get Lamp, Birdman, The Grand Budapest Hotel, Enders Game, Liberal Arts, happythankyoumoreplease, Hot Tub Time Machine 2, Judging Your Life, Ted, Road Trip, The Fall, The Last Unicorn, Wetlands, Get On Up, Transformers: Age of Extinction, 20 Feet from Stardom, Moon, Mad Max: Fury Road, Short Bus, Trainspotting, Kama Sutra, House on Haunted Hill, The Court Jester, Inception, A Christmas Carol (1938)
"Liberal Arts" had the brilliant quote "You think it's cool to hate things. And it's not. It's boring. Talk about what you love, keep quiet about what you don't." The James Brown bio "Get On Up" had some truly delectable 4th wall breaking. "Birdman" was a terrific bit of stunt filmmaking.


Books (46 (-15))
As You Wish, Continue? The Boss Fight Books Anthology, Whatever, Codename Revolutoin: The Nintendo Wii Platform, The Life-Changing Magic of Tidying Up, The Classic-Gaming Bookcast, Thinking, Fast and Slow, The Housekeeper and the Professor, SMB3: Brick by Brick, The Science of Discworld, The Globe: The Science of Discworld II, It's Not All About "Me", Bible Adventures, Becoming Steve Jobs, A Slip of the Keyboard: Collected Nonfiction, How to Stubbornly Refuse to Make Yourself Miserable about Anything: Yes Anything!, What We Talk About When We Talk About Love, After the Fall, Girl with Curious Hair, This Is the Story of a Happy Marriage, The Three-Body Problem, Blue Truth, 30-Second Religion, Koji Kondo's Super Mario Bros. Soundtrack, The Antidote: Happiness for People Who Can't Stand Positive Thinking, Maestro Mario, The Festival of Insignificance, Set This House in Order: A Romance of Souls, Baldur's Gate II (Boss Fight Books), The Not Terribly Good Book of Heroic Failures, Afternoon Men, Metal Gear Solid 2, A Blink of the Screen, Mindstorms, H is for Hawk, Reinventing the Sacred, A River Runs Through It and Other Stories, Invasion of the Space Invaders, Everything That Remains, The Thinkertoy Computer and other machinations, The Once and Future King, How I Lost 50 Pounds in 6 Months: The Story of My May-November Diet, How to Talk about Videogames, House of Wigs, The Book of Merlyn, Shadow of the Colussus
"How to Stubbornly Refuse to Make Yourself Miserable about Anything: Yes Anything!" is some great self help. "Girl with Curious Hair" made me really miss David Foster Wallace. "Set This House in Order: A Romance of Souls" was an astonishing fantasy about Multiple Personality Disorder. "The Antidote" wasn't brilliant per se but it was one book that covered so many introspective topics I had just found out about the past 5 years so that it got my highest rating.


Video Games (7 (-7))
Desert Golfing, Saints Row: Gat Out of Hell, To Be or Not To be, GTA V, Mario Kart Wii, Just Cause 3, Small Worlds
So few games this year it kind of makes me sad. Still, my heart is with the wide open sandbox franchises... Saints Row, GTA, Just Cause... heh, looking back I guess Far Cry missed being on this list by like a day.
Oh dear. Something called the "Scoop and Scootery" with a sign on the door saying "we deliver sundaes til 2am... yup" is moving in about half a block from me. 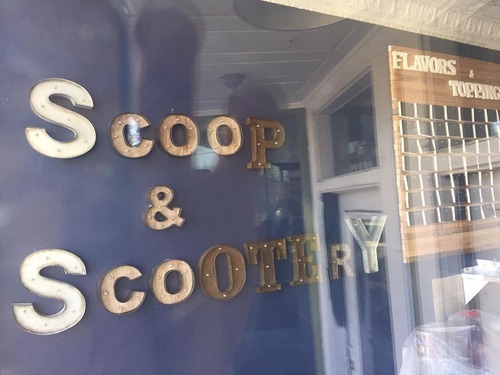