Since well before I set loose my robots, we've been a binary race. We mimic the patterns of our computers, training our brains toward yeses and nos, endless series of zeros and ones. We've lost confidence in our own minds.

It echoes a theme that's been on my mind of late, how we are trying to reduce things in the world from their glorious multiplicity to a single line of "worth" and then further put that to the boolean values "good" and "bad". Melissa is using my old iPad, after setting stuff up for her I used Photo Booth and gave her a special custom wallpaper.... it had the desired time bomb effect when she went to use it later 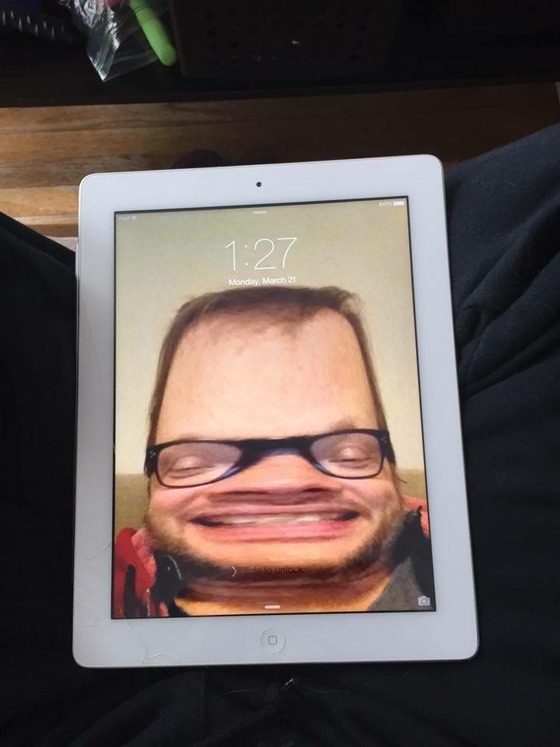