history
Last night So, You're Going to Die got a Best in Category (Small & Self Publishers Illustrated) from the 59th Annual New England Book Show, the longest running book fair in the country. 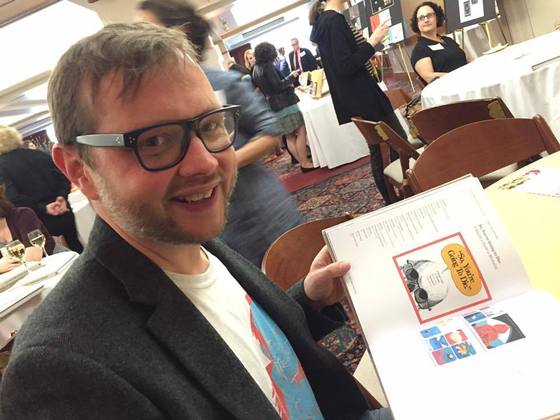 Thanks to my sweetie Melissa who was my date and a great hypeman on FB, Stephen Cartisano (a member of the Book Builders, and a great encouragement for both printing and submitting the book) and of course James Harvey, who actually gets the lion's share of the credit. (Though the judges did complement the skull endpapers I generated.)

The most disturbing part of freedom, Woodfox says, has been the dawning realisation since his release that in America in 2016 there is very little sense of political or social struggle. When he entered prison in the 1970s the country was on fire with political debate; now, as he puts it, "everybody seems to be 'Me, me, me, me, me.' It's all about me, what I need and how I'm going to get it."

My stripper name is 'good grief cover that up'