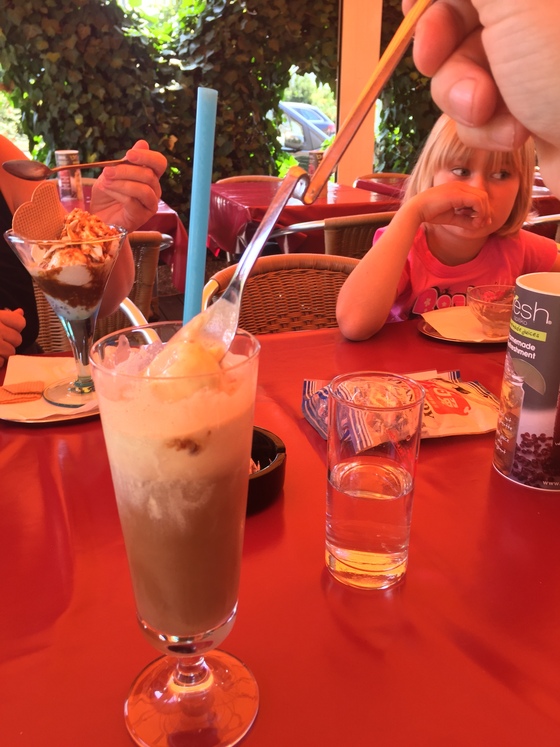 A silver lining to my wonky flight schedule including a layover in Germany was having enough time for an ice cream treat with Veronika and Volker and the kinder... I admired the design of the ice cream float spoon, that can perch on the edge of the glass... 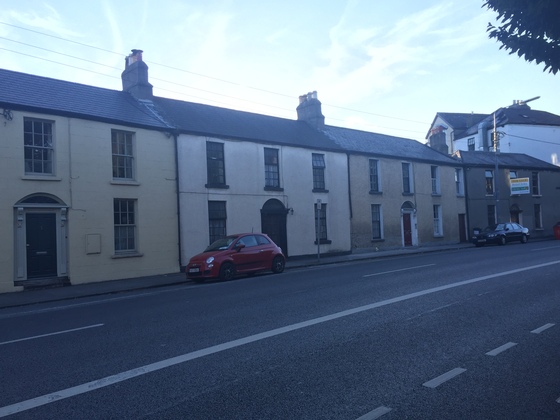 I'm resigned to not getting a lot of touring in, but after I got to the hotel I walked around a bit. 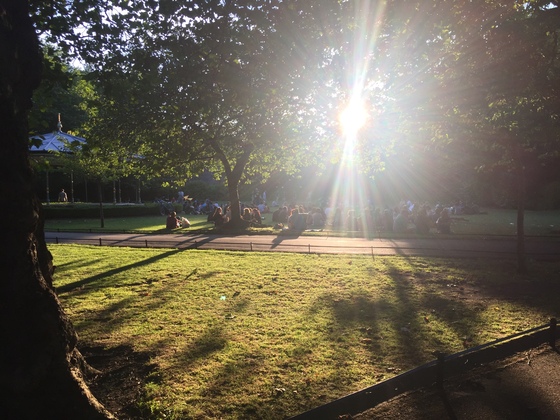 St. Stephen's Green. There were a ton of young folks lying around. I asked what the special event was, but turns out nothing more than a particularly nice day! 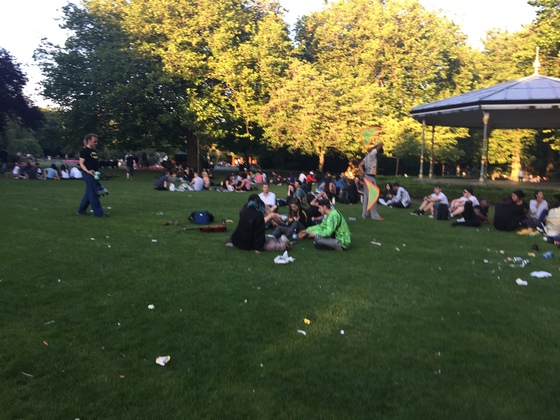 Later I realized we were near enough Trinity College that it might be some connection to that, kind of like a virtual quad. 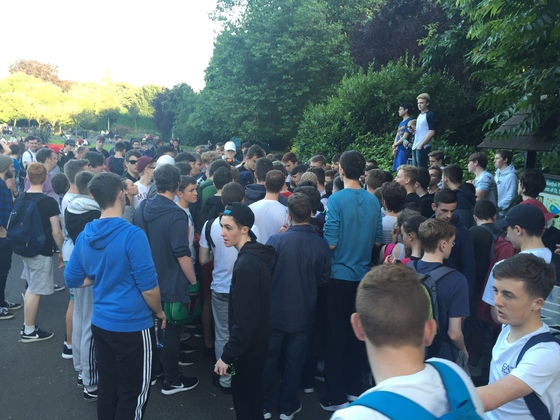 I found this herd of Pokemon Go players, though... 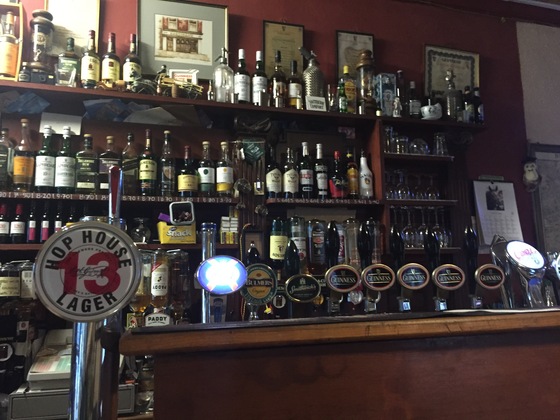 Stopped at a tiny pub. Like 4 or 5 lines of Guinness and a big variety of whisky on the shelf behind. 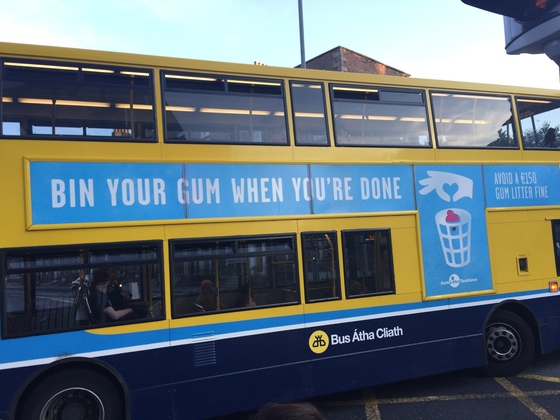 I just like the sentiment - gum on the sidewalk is a fantastic way of ruining someone's afternoon. 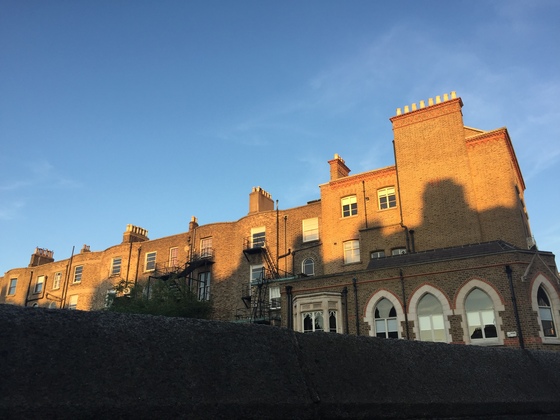 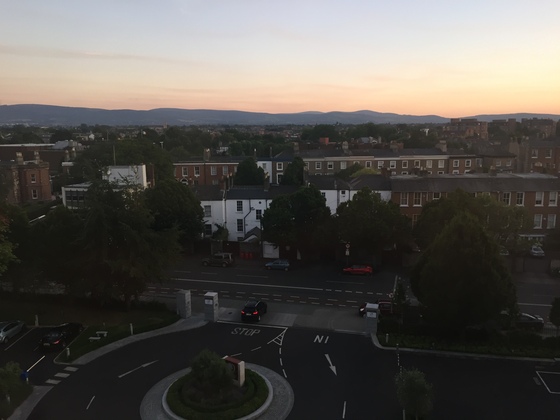 View from the hotel's gym room. 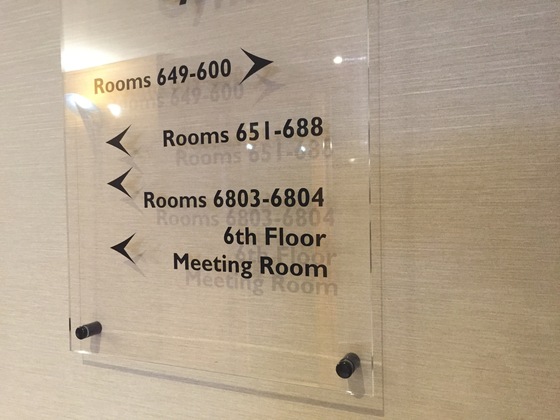 It took an embarrassingly long time for me to realize that room 615 was to the right. I blamed being tired but really it was writing the range backwards that confused me 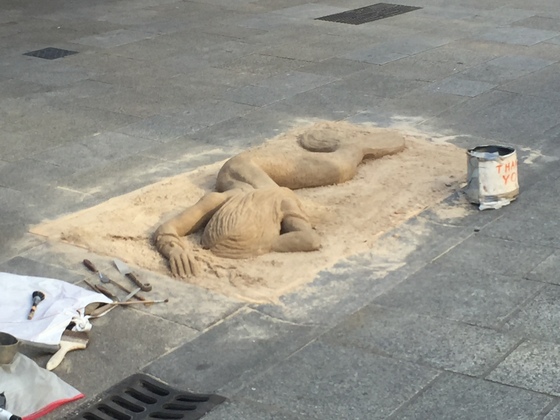