ramble
November 9, 2016
I've been writing my superniece Cora every time after we visit. I write in a little private online site, and then print them up annually-ish, and will give them to her when she's in her teens... 15 or 16 maybe? Old enough to be thoughtful, young enough that her course isn't set. They chart her development (as I've become more of a personal archivist, sometimes I wish I had a similar history for me- though my moms saving and then binding like EVERY school and church related paper she had saved from preschool through some of college comes very close), let me pontificate a bit, and feel a little self important where someone in the next generation might be interested in me if I write well enough.

In general I'll keep them private, of course, but tonight I felt like sharing.

Hello from a weird time!

If it goes for Trump- I dunno. It won't be great - it's such a bad message, about human rights, about who we are, about how a guy who just doesn't want to learn anything and is so full of himself can take the presidency, about how we have to wait for a first female president. But life will be ok, and I'm sad because so many of my friends have forgotten that. It has been such a rough campaign, really brutal. Trump has done and said so many ugly things. The other side really thinks Hillary is corrupt, but that's not fundamentally true; she's just a connected politician who has been the target of 40 years of Republican attacks. But overall, we'll get through. It'll be easier for me and my demographic, white, straight, reasonably comfortable, christian background; for gay people and people of color and moslems, they're not going to feel as welcome. Maybe things will happen to some of them (the supreme court will be borked up, and things for abortion rights are definitely under threat) or maybe not, but some of the worst of it is that the guy who might be winning did so in part saying it's ok to say the country should be white and facts are optional; his fans say we're the greatest nation on Earth and get mad if you decide to bow out during the National Anthem but then say "make America Great Again", like it's not.

I guess I gotta hope many of the liberal fears are overblown, but even that's kind of a bad sign, like how we just amp everything up and and demonize both sides.

I know your Mamas are wary of the legal status of families like yours. At a minimum I think Massachusetts will be ok, besides being a leader in gay marriage, and there being at least some push towards "state rights" in these things by conservatives. Other states might make harder time, but despite setbacks, the path is in the right direction about LGTBQ, and will keep going that way as older more conservative generations die out.

But I'm writing you now, on a night when I'm kind of scared. On top of everything my sweetie Melissa and I are going to Malaysia tomorrow for 2 weeks vacation... I was joking that it was to celebrate or flee the election, but I really wasn't expecting the latter. Should be an amazing trip anyway. Also I'm switching jobs, always a bit of a stressful thing even when all the signs look promising.

But I want you to know that things tend to work out ok - we get so scared, we think about things being somewhat worse than they are now and it just freaks us out. Some things we're just helpless to help, and we need to learn to accept those, but we can then take solace in how we can endure. Dreading is worse than living through.

"Stress is an ignorant state. It believes that everything is an emergency. Nothing is that important."
--Natalie Goldberg

Lately I've been thinking about stress and anxiety; is it always bad? Does it get me to make wiser choices and work harder? Can I just be smart and calm and choose to do what I know is right? It's a toughie.

It's funny writing to you. I tell you stuff I don't know if I'd be ready to really grasp as a teenager myself. Of course maybe I'd think I was ready for it as a teen... and maybe I'd be right? Or not. I dunno. Sometimes I underestimate my teen self. Sometimes I feel like I've recently figured some stuff out, made great progress in thinking and feeling as a grownup, other times I worry I worked some stuff out before, like maybe in my 20s, and forgot about it. Sometimes I wish I was writing to you as a fellow forty year old! But by then, any advantage I can give you might've passed.

Alright. Anyway, had a nice afternoon with you and your Mamas last Saturday. Played blocks, made a stuffed snake and a turtle box from a monthly kit called "Koala Crate", had spaghetti and meatballs, did some fun tumblers and horsie rides- especially you and your Mama C. You're getting a little sassy here and there, talking back to teachers a bit (not entirely in a bad way), and after the end of Daylight Savings Time took an hour of light from our nights your Mama K posted: "mama the sun is asleep.It's not bedtime. WAKE UP SUN!" This should be an interesting season.

Your Mama K also posted this photo, and said This might be my favorite picture ever. Supergirl power pose. Fierce Cora. 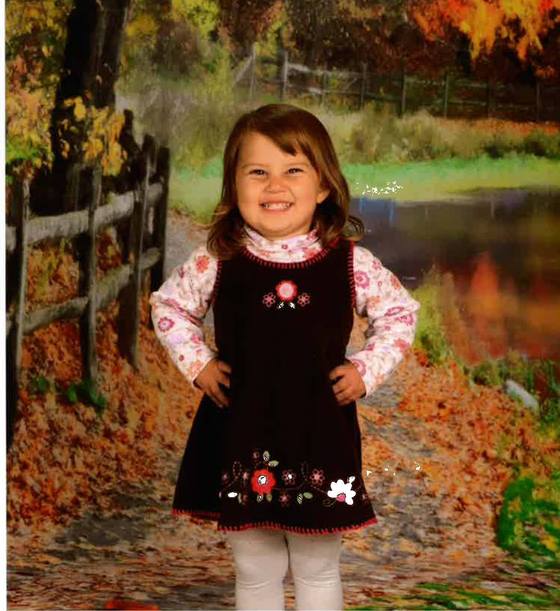 Tennessee Williams once wrote, "We all live in a house on fire, no fire department to call; no way out, just the upstairs window to look out of while the fire burns the house down with us trapped, locked in it." In a certain sense, the playwright was correct. Yes, but oh! What a view from that upstairs window! What Tennessee failed to mention was that if we look out of that window with an itchy curiosity and a passionate eye; with a generous spirit and a capacity for delight; and, yes, the language with which to support and enrich the things we see, then it DOESN'T MATTER that the house is burning down around us. It doesn't matter. Let the motherfucker blaze!

Wait But Why's It's Going to be OK This is pretty good. I've been engaging with some trusted conservative friends, about the potential they see in Trump, and while there is a buttload to despise about him and what he says and what groups he's not rejected the support of and his lack of experience, our view of him has been bent to almost the same degree as us liberals and moderates think the view of Hillary has. I don't think he has great action plans for fixing what ails the rural / post-manufacturing areas, but he's making them a part of the conversation in a way they often aren't. Anyway, this article was the second best thing I've had to those conversations.

I'm really tired of the us and them of it all. We've made such villains of each other.