photoramble
when the hat matches the tuba 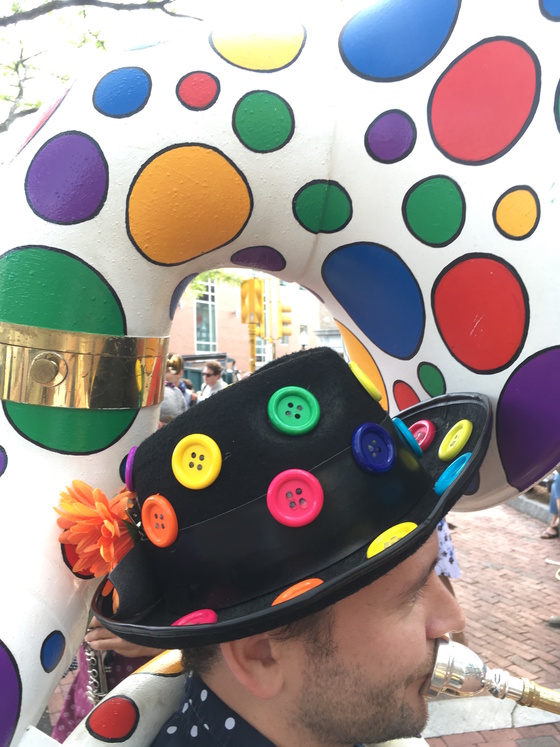 One of the few tuba shots here that's not of me, btw Great take down of that anti-diversity memo at google, from a guy who just recently left the company, and so can talk a bit more freely. (Update 8/17: Another take from the Economist) A few days ago I asked on FB

Is there a single word for "able to readily be put into words"? Like "quantifiable", but about words...

My friend Anne suggested "articulable", and that seemed to be the best bet. ("Describable", as in the opposite of "indescribable" missed the mark somehow, and I wrote a follow up:


See, The opposite of "articulable" (or its maybe more flexible usage, "can't be articulated") has some interesting differences with "indescribable" and "ineffable". Those two so often get into supernatural woo-woo and the like; to some extent they deal with what can be "truly known".

Come to think of it this was some of the sticking point for me and my erstwhile discussion buddy EB. I place probably too much emphasis on the articulable corner, and sometimes doubt the validity of the other corners. There's another aspect too, of how stuff is learned; EB emphasized the "body memory" aspect of things, like how taking the time to think and reason can get in the way of muscle memory and true mastery. You can get from "articulated knowledge" to deeper forms of knowing, but it's a slow tough process. This looks cool