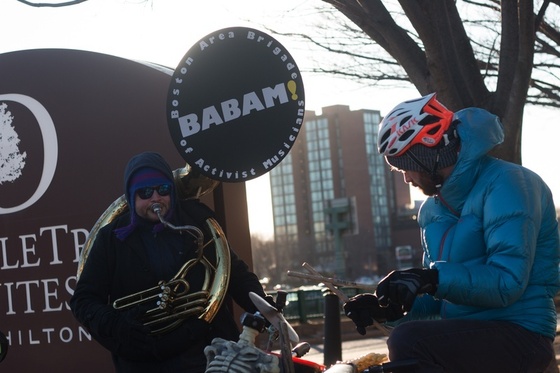 The Harvard Crimson did a short article on BABAM Great piece on tech nostalgia, a guy powers up his original 2002 iPod, old songs and playlists intact.

Only the final third is about the hardware itself, as classic and still functional (modulo the battery life) as it is; the rest is a nostalgic exploration of the author's digital musical life of the era, and the idiosyncrasies he had in categorizing songs and arranging playlists.

There are some old digital "snapshots" I treasure, like a folder with all the files stuffed on my Windows Desktop directory - one of those things I kept meaning to get back to, to curate out "the good stuff", but now holds holistic value as a slice of my old digital life. Similar for old screengrabs I have, or just photos with the monitor visible... the ones that inadvertently show what all I was up to those days are much more interesting than ones that just show an app. (The same phenomenon happens for old photos - ones where my old book stacks - or even just clutter - are intriguing no matter what the subject of the photo is supposed to be.)

Do you share in this kind of object nostalgia, digital or otherwise?
Florida Lawmakers Advance Bill Requiring Schools To Display 'In God We Trust'
I think these Florida Lawmaker assholes would be being 1000% more honest if the signs read "IN GUNS WE TRUST"

So damn stupid. "Thoughts and Prayers" codified by assholes who have a higher concern for their love of guns than for public health and safety.

And for all those asshole gun lovers who are like "oh you don't even know what assault weapon means" - doctors do - these guns do much much worse damage than handguns. In both the quality and quantity of bullets these unleash, these guns have ZERO FUCKING LEGITIMATE ROLE in society. And the way the NRA has blocked research into this? THAT IS A MORAL OUTRAGE.
Funny (well, maybe not funny ha-ha) thing to think as you're drifting to sleep: "I'm about to apply for dual citizenship: the United States and the People's Republic of Sleepistan". Yeesh. You know, despite living more or less near Davis for two decades I never realized the Rosebud wasn't just the diner part in the front.