videogamesramble
April 11, 2018
Been grinding through the new Zelda (sometimes 'til like 3AM, which isn't all that wise.)

I gave the game a shot last summer on Wii U, but it didn't stick; I got anxious and irritated with the way all weapons wear down and break, with the seemingly fiddly cooking system, with the difficulty of some of the "Test of Strength" battle shrines.

Listening to the Watch Out For Fireballs! podcast on it helped my second try on Switch go better - especially one of the casters joking how sometimes when he got to a "test of strength" he'd be like Grandpa Simpson walking into the 'burlesque house': take off his hat, see Bart at the desk, U-turn, put on his hat, exit, whistling all the while.

Historically Zelda and Metroid, with their "from chump to champ" arcs, have never resonated for me the way Mario and GTA have - the protaganist of the latter two games is, from a play-control perspective, about the same dude at the end as the beginning, and that's always felt more true to my Fixed-Mindset intuitions - new skills might be practiced but the intrinsic core is unchanging.

So right now I'm trying to parlay my enjoyment of Zelda -- the satisfaction of growing a character, returning to an area where a terrible frustrating enemy is now a cakewalk, the ok-ness of leaving a challenge alone for a long while and (maybe) coming back to it later, the games lovely sense of how there's often more than one way to do it -- into a life lesson.

For instance: Right now I'm frustrated as hell at how hard it is to apply my html-ish mojo into writing standalone apps for iphones and android devices. There's "PhoneGap" that seemed the most promising but not only has the iPhone-part of their "hello world" entry been removed from the app store, the version for Android doesn't seem to work on modern device. So it seems like probably a different approach is required, and I should come back to this later, or enlist a cheat sheet (like I do with the game), or I should try a different approach.

Of course, the Zelda-to-real-life mapping is terribly imperfect. In video games progress is quantified, consistently immediately rewarded, and back-sliding doesn't really exist... all factors missing from actual learning in life.

Anyway, fun game. Actually, startlingly gorgeous in parts, and with a does of bittersweet melancholy. 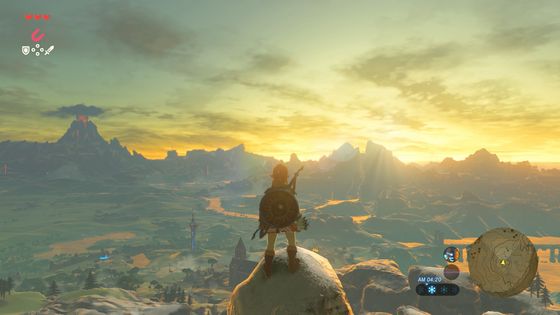