Thing I actually predict will happen this year: TLJ-hating Star Wars fans declare the official canon illegitimate and build a new canon from pre-Disney stories and their own shitty right-wing fanfic

Good luck: and believe me, dearest Doc -- it's better to look at the sky than live there. Such an empty place; so vague. Just a country where the thunder goes and things disappear.

Many compliments accompany our sunset return along the red clay road to town; but my friend is sly and noncommittal when passers-by praise the treasure perched in our buggy: what a fine tree and where did it come from? "Yonderways," she murmurs vaguely. Once a car stops and the rich mill owner's lazy wife leans out and whines: "Giveya two-bits cash for that ol' tree." Ordinarily my friend is afraid of saying no; but on this occasion she promptly shakes her head: "We wouldn't take a dollar." The mill owner's wife persists. "A dollar, my foot! Fifty cents. That's my last offer. Goodness, woman, you can get another one." In answer, my friend gently reflects: "I doubt it. There's never two of anything."

"My, how foolish I am!" my friend cries, suddenly alert, like a woman remembering too late she has biscuits in the oven. "You know what I've always thought?" she asks in a tone of discovery, and not smiling at me but a point beyond. "I've always thought a body would have to be sick and dying before they saw the Lord. And I imagined that when He came it would be like looking at the Baptist window: pretty as colored glass with the sun pouring through, such a shine you don't know it's getting dark. And it's been a comfort: to think of that shine taking away all the spooky feeling. But I'll wager it never happens. I'll wager at the very end a body realizes the Lord has already shown Himself. That things as they are " -- her hand circles in a gesture that gathers clouds and kites and grass and Queenie pawing earth over her bone -- " just what they've always seen, was seeing Him. As for me, I could leave the world with today in my eyes."

That last passage might be a little heavy handed but overall I enjoyed Capote's stuff very much, especially the short story "House of Flowers". good twitter longform on all the wacky video and time editing done by low level parts of our visual processing system: In my 40s, I feel like my ears are struggling valiantly to compensate for decades of not being a hairy guy. 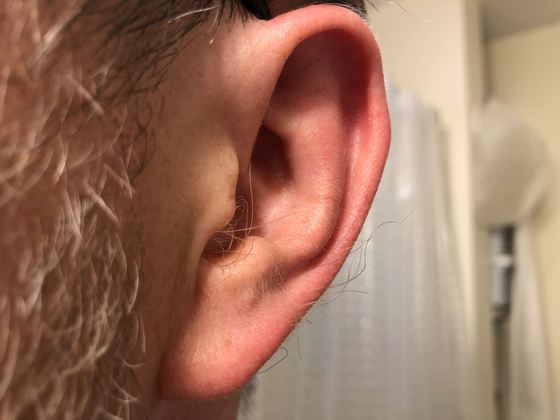 I mean, WHAT is going on? It's like it could be styled.