tuba
August 18, 2018
Two shots from today's alt-right counterprotest-- Marie and my mom's old trombone, and then our merry little crew (not shown, Dave B who set it up at the last minute and then did his double slide whistle). Things were at a standstill, with the remainders of the 30-odd alt-righters standing there in their army helmets staring at the 300-odd counter-protestors chanting anti-Nazi thoughts at them, then the band (who had been doing a lot of chant backing and the odd song) stepped forward and backed a kind of chanting-crowd/honk-band duet, and then shortly thereafter the police said "enough" and shoo'd away the alt-righters. (I guess they try to spin it as they left the left there and went off to bunker hill, but it was clearly not a victory for them.) Anyway, timing might've been a coincidence but maybe not! I believe both Antifa and the alt-right-folk were prohibited from amplified music by the police, which means HONK! style groups like BABAM give the left a current asymmetrical advantage. 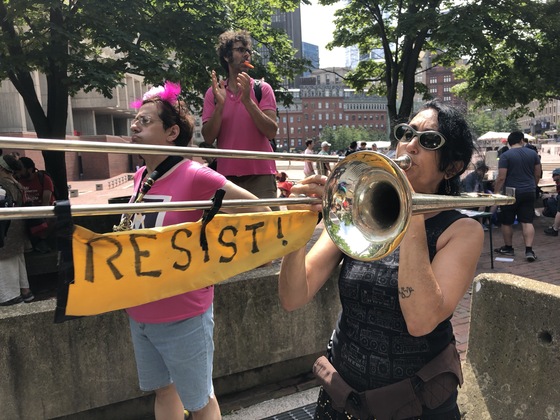 Marie and my mom's old trombone! 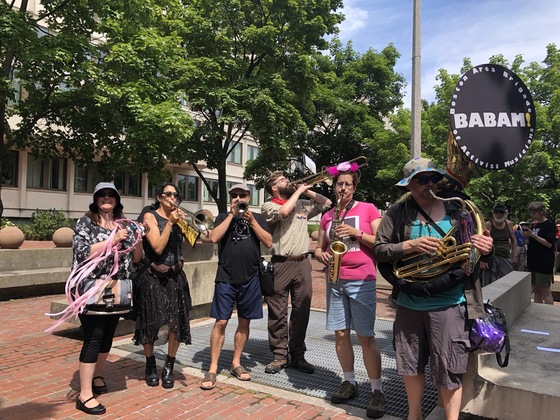 How fleeting are all human passions compared with the massive continuity of ducks.