travel
August 25, 2018
Yesterday Melissa and I went to DiggerlandXL - Diggerland is a kid-friendly construction-vehicle themed amusement park, and the XL is the grown-ups area that lets you spend an hour in an excavator, bulldozer, or wheel loader.

Me in an excavator: 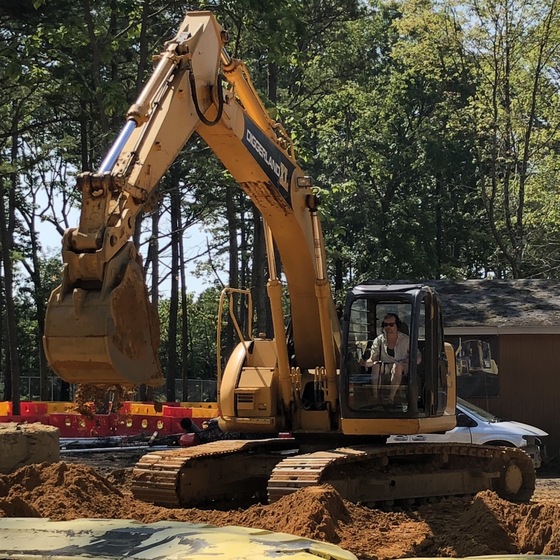 Here I am, still being briefed by Carrie Anne, who was our guide... excavators have two sticks in front (with optional foot pedals) for steering the treads (exactly like the old arcade game Battlezone) , a joystick on the right for raising/lowering the "boom" (main arm) and the angle of the bucket, and a joystick on the right that raises/lower (lower arm, so to speak) and pivots the main cabin ("house")...

They have some games for you to play, like dig out a post, and find-a-tire. Along with the obvious "dig a hole" and "fill in a hole" which was extremely satisfying.

Melissa in a bulldozer... 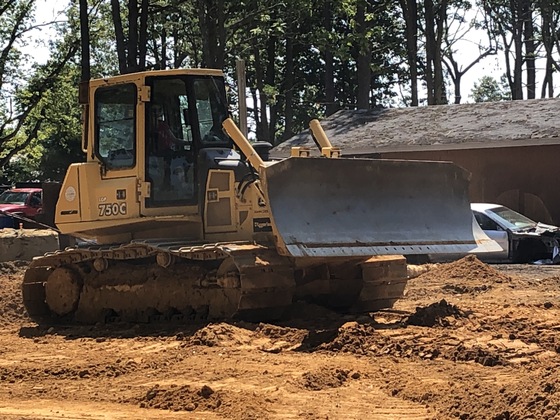 ...surprisingly, these are actually more complicated to drive around than the excavators - there's a stick on the left that sets in neutral, forward, or reverse, and you can press to combine the forward or reverse with side motion - the unintuitive bit is that there's a pedal that feels like a gas pedal but is "reversed" - you press it when you don't want full power. (We had some extra time so I took a turn.)

If you have a bit of extra dough to spend - they'll bring out an old junked car, sans tire, engine, etc. Here I am with my victim, an old Honda CRV. (Before I began they gave me the H badge as a momento.) 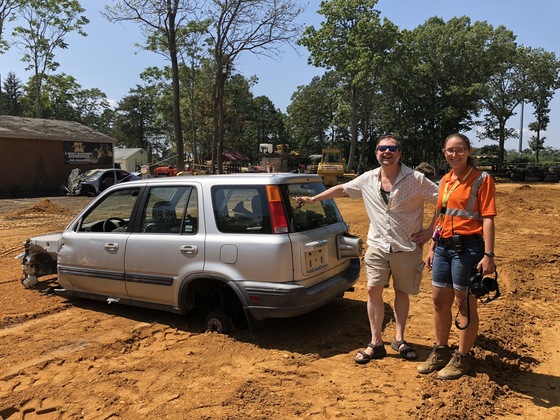 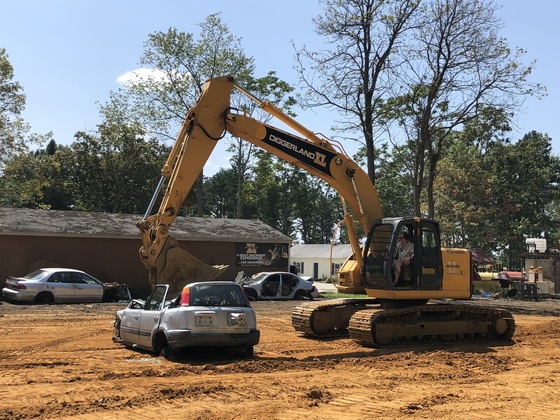 Once you've flattened it you roll over it a few time, really show it who's boss.

I feel a bit like a trophy hunter, only for goofy, cathartic consumer excess instead of animal cruelty... 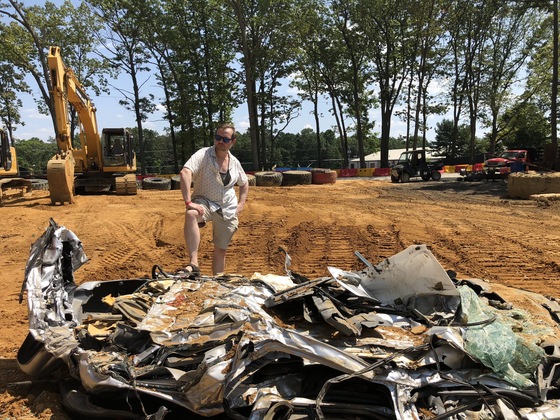