so glad i saved this for two decades 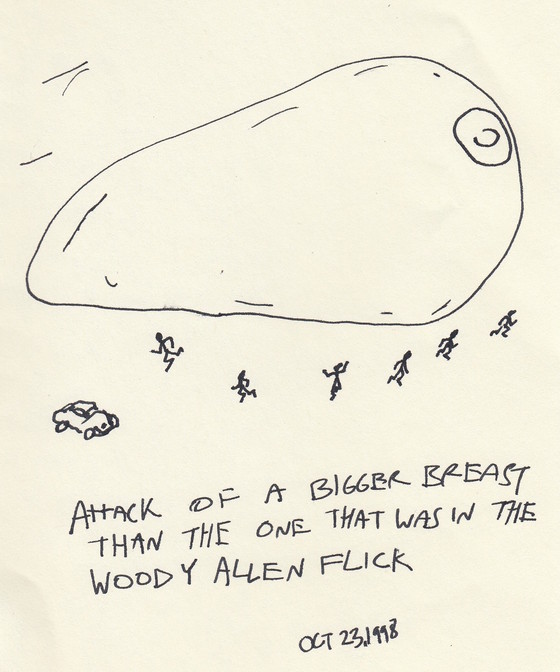 ...and that I added the date when I drew it (The flick in question is "Everything You Always Wanted to Know About Sex* (*But Were Afraid to Ask)") Trump: "You know they have a word. It sort of became old fashioned. It's called 'a nationalist'. And I say 'really, we're not supposed to use that word? You know what I am? I'm a nationalist, OK?"

Yeah the word became "old fashioned" when we beat the "National Socialists" aka Nazis, you dog-whistling ass. If you were actually a patriot you'd be ok just calling yourself an American. "font-family: sans-serif;" is the "house red" of web design.