just cause 3 as psychological self-care 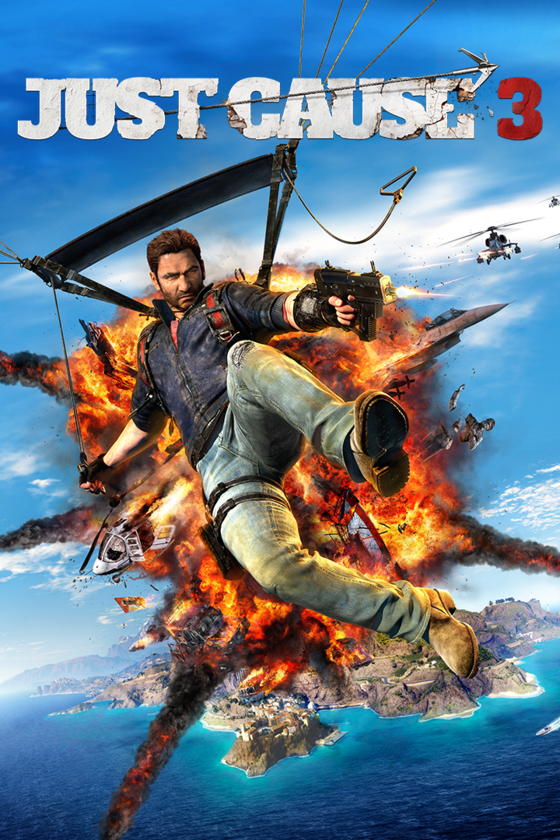 The other day I finished Just Cause 3 (again) and its main three DLC packs. The 3-year-old game really has a polish the 4th game in the series lacked.

The series, of course, is such a gloriously concentrated dose of what I want in big-budget games: moving around with visceral physics in implausible ways (being pulled along a grappling hook, floating on a parachute, gliding and skimming with flying-squirrel-suit wings) in a plausibly realistic looking environment, along top getting my inner adolescent placated with insane empowerment fantasies of making things go boom and generally being an indestructible force of nature. All with a well-tuned challenge level, featuring my character dying a lot but with me rarely getting too too frustrated - and always offering the chance to bring more destructive hardware to bear if a mission seemed more than a gun and a rocket launcher and my lazy skills could handle.

Around the time I was sinking too many hours into this game, counter-intuitively things felt like they were getting better at work, and I made a few breakthroughs in using the new techstack. (A new UI stack that's more of a challenge because most of the then-new technologies I picked up 5-10 made sense for side projects, for just writing some code and slapping it on my webserver, while with the full-on React/Redux setup you kind of need a more professional workflow - so I have fewer chances to organically hone my skill on interesting small projects.) I wonder if this videogame's message of "persistence will always be rewarded" and general "wow tough guy look what you can do!" stance helped with that.

Anyway, once I figured out how to launch the damn DLC - the Air / Land / Sea missions, the missions I didn't play on my first run through 3 years ago, things got even better. The mechs of the land pack, with their quick movement and wacky gravity guns, were fun enough, and the giant lightning gun and missile-packing rocket-powered boat of the sea pack made some of the grind of clearing bases fun, but man - that rocket pack the air-based dlc adds to the squirrel-suit - not unlimited, just boosts from nearly anywhere - and then the missions where you are attacking a flying air fortress... just imagine being Tony Stark attacking the Helicarrier as a one Iron Man army. Except in one of the earlier suits, where he's still a bit klutzy and sometimes doesn't give himself clearance and so comically bashes his head into an overhang... super fun. Pac-Man: The Untold Story of How We Really Played the Game - intriguing description of how generations of right-hand Pac-Man players clutching the left side for leverage leaves its mark on the old upright cabinets (Thanks Nick B)

Interesting how Pac-Man, which like Q*bert was button free, was ambidextrous. Nintendo famously put the crosspad under the left thumb, which may have heralded a switch in games away from being focused on rough movement and towards precision timing. (Continued with the WASD/mouselook arrangement favored by PC gamers- something I've never quite gotten into my skin.)