the good of the many, the few, the one

As a child watching original Star Trek (and on a black and white TV for many of those years - come to think of it, these days many of the effects and makeup look bad when seen in HD - but considering only between 25-50% of TVs were color when the show was being broadcast, it holds up pretty well - I wonder how many design choices were made because they would read ok in black and white as well as showing off the new color capabilities.)

Ok, back to my point - growing up watch Star Trek at an impressionable age, I took the Vulcans' party line of "Vulcans don't HAVE emotions" at face value- assuming the aliens were somehow *physiologically* rational, and that it was just Spock's human half that was adding the drama. Now of course I see that the writers were showing a more nuanced picture, that Vulcan itself was a planet with a history of deep emotion, now rigidly controlled by training, philosophy, and cultural norms, and you could see signs of that in the few "pure" Vulcans the series provided.

I think about the old "I Grok Spock" campaign, and while it was a bit of a early fandom shibboleth it also reflected the fans' own working through their own dualities - how we have this emotional core that might be providing all the raw motive energy, but that needs to be tempered by logic and rationality. (Some of that is speculation, since that movement was before my time.)

Later came the movies. In "Wrath of Khan", Kirk and Spock return to the phrase "the good of the many outweigh the good of the few, or the one." (Though looking at the script I see the first time through it's "the needs". probably close enough to synonyms, but interesting.) Depending on how you draw the venn diagram of many/few/one, the result can be monstrous - 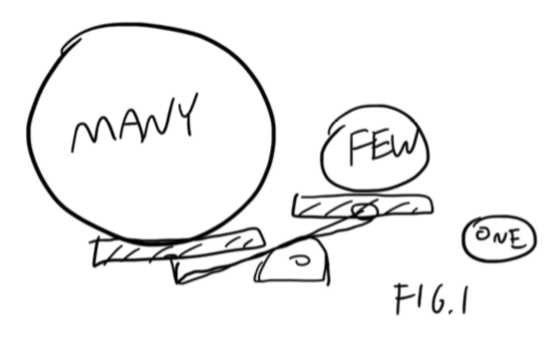 if the three sets don't come together and you are still playing a utilitarian "many vs few" game then you are deep in tyrany of the majority territory, where minority rights will be ignored. 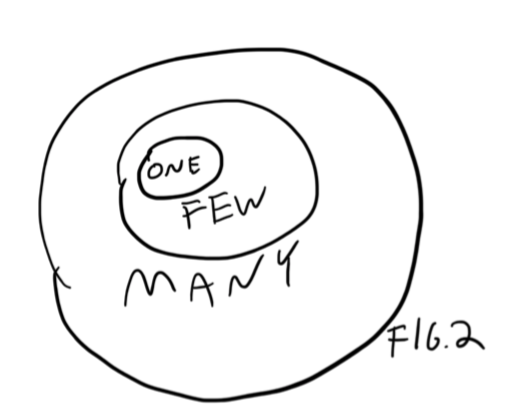 What's slightly non-obvious about this diagram, and how it serves as the model for Spock's sacrifice that saves the ship, is that the good of the one is *still a component* of the good of the few, and the same for the few of the many. But sometimes what looks like "playing the martyr" to an outsider, or "masochism" (to use my therapist's term for it) misses the fact that it's not sacrifice for its own sake that is the pleasure, but logically aligning oneself with a kind of logical, group utilitarianism.

(Arguably you could see Spock's sacrifice as lessened since he was doomed along with the rest of the crew anyway, but his fight through the radiation in the reactor room entailed a radically painful death. )

In general, I think it's human and ok to add a bonus modifier in the "one" and "few" vs the "many" calculation when there's a conflict, but unlike the Ayn Randians I think that multiplier needs to be modest.

(Incidentally, I recently refreshed my memory of every episode in ST:TOS with the podcast Gimme That Star Trek's TOS Full Series Review - recommended) next weeks finish line for the marathon this weeks viewing stand for the greek parade: 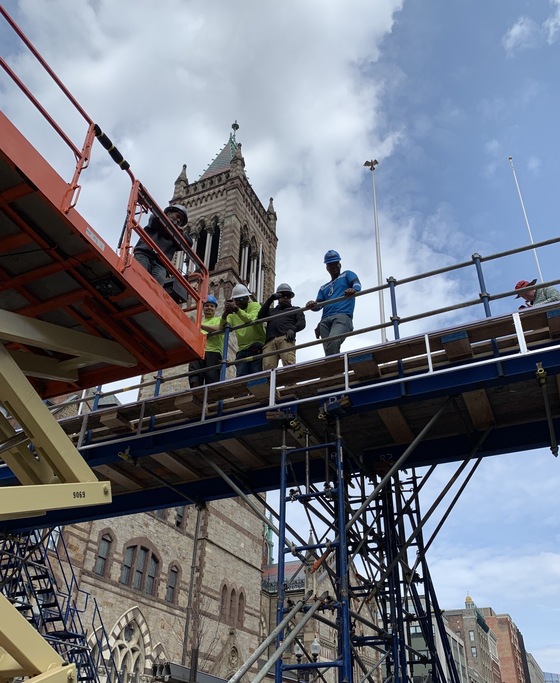 i'm gonna miss this shirt. For Old Navy it was a surprisingly authentic seeming Aloha shirt, with the vibrant print on the inside and the outside more muted. Like Kondo suggests I thank it for its service. 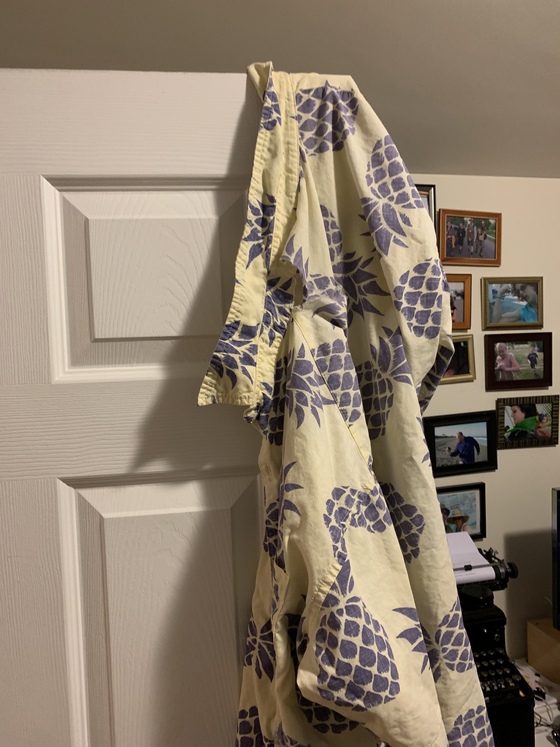